Conservative Republican Jim Quinn of Leesburg announces that he is running for State Senate for District 13 recently opened by the passing of Senator Greg Kirk. A special election will be held Tuesday, February 4. District 13 includes parts of Crisp, Dodge, Dooly, Lee, Sumter, Tift, Worth, Turner, and Wilcox counties. 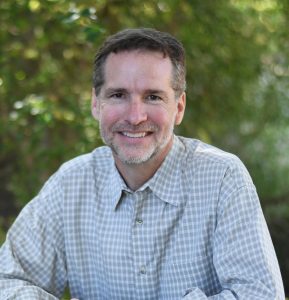 Jim Quinn is a past chairman of the Lee County Republican Party and served as a delegate to Republican District and State Conventions. As editor of the Lee County Ledger, Quinn has been proud of how the newspaper has promoted the quality of life and sense of community Lee County offers its residents. After graduating from Troy State University, he moved to Leesburg and quickly sensed a desire to serve the city through its local government, first as a council member and then as Mayor. He served as Mayor of Leesburg from 2008 until 2019.

In addition to serving his local government, he is a a proud supporter of the Lee County School System and has served on the Lee County Elementary School Council for over 20 years. He volunteers with the Rivers Alive Cleanup several times a year. As a member of Leesburg United Methodist Church, Quinn serves as a greeter most Sunday mornings and is a member of the Staff-Parish Relations Committee. He is a regular donor for the American Red Cross and has donated over 20 gallons of blood.

Quinn states, “If you trust me with your vote as your state senator, I will work with the city councils and county commissioners in my district to expand employment opportunities for our youth. For our region to prosper, economic development must be stressed. To this end, I will work with our chamber of commerce and state leaders to showcase our area to potential commercial and industrial companies seeking to expand their operation.”

One Sumter Announces New Executive Director and Board Appointment

[Americus, GA] – The Board of Directors for the One Sumter Economic Development Foundation, Inc. is pleased to announce Ivy... read more