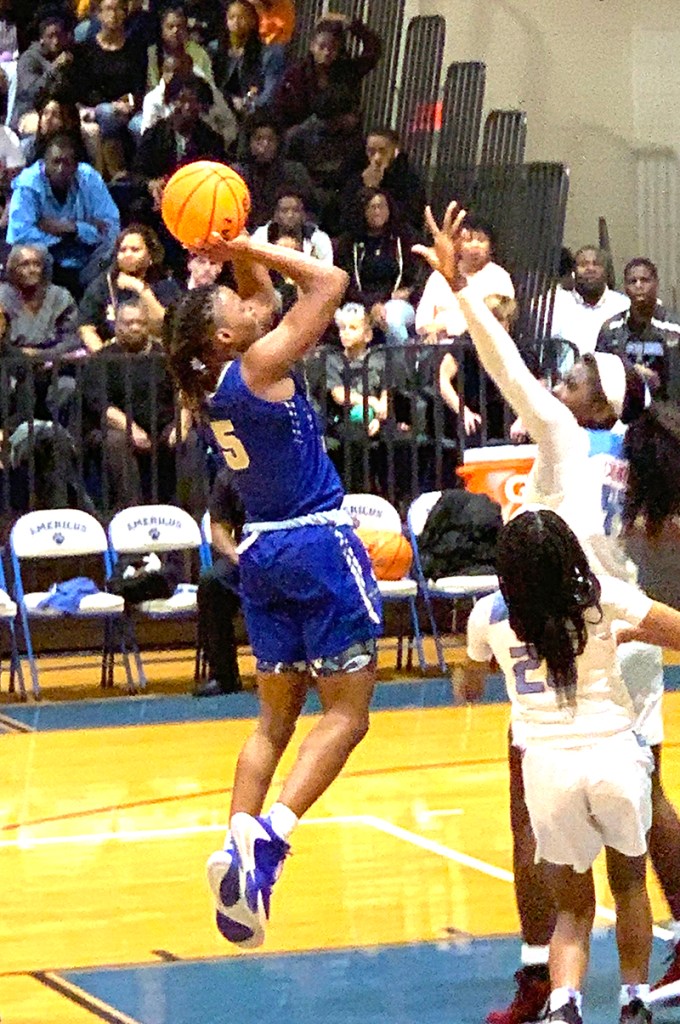 AMERICUS – Americus-Sumter (ASHS) girls’ head basketball coach Sherry Harris and her team knew this day was coming. Up until Friday, January 10, the Lady Panthers (14-0) had dominated their competition. However, they would be facing the GHSA Class AAAA defending state champions Carver (Columbus) on this day. This was the toughest test they had faced this season so far, but the Lady Panthers were up to the task. With less than two minutes to play in the game and the Lady Panthers leading 53-51, ASHS guards Trinity Jones and Jelissa Reese each scored a critical basket that led to a huge 58-53 victory for the Lady Panthers inside a jam-packed and extremely loud ASHS gymnasium.

Though the Lady Panthers struggled with the taller post players the Lady Tigers had, they were able to make some adjustments in the second half. “We made adjustments. In the first half, we did absolutely nothing that we did in practice,” Harris said. “In the first half, we were standing around too much. They (CCHS) went to a triangle and two defense against us. At halftime, I told our girls that they needed to move more without the ball.” Harris went on to say that sometimes, a tough game like this is needed for her club to get them ready for the postseason because the region isn’t very strong. 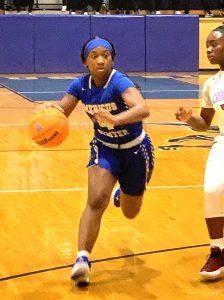 Reese led the Lady Panthers with 20 points and Divine White scored 18. White scored 12 of those 18 points off three-pointers. Jones almost made the double-figures scoring column by chipping in nine points. Tiffani Goodman scored six points. DeAsia Ford scored three and Brianna Pope had two points to round out the ASHS scoring.

With the win, the Lady Panthers stay undefeated at 14-0 and are now 7-0 and in sole possession of first place in Region 1-AAAA. CCHS drops to 12-4 on the season and suffered their first region loss (7-1).

The Lady Tigers were led in scoring by Olivia Cochran with 15 points. Khamya Edmonds was also in double figures with 13 points and Kionna Gaines scored nine. Both Enyshuan Jones and D’Miya Beacham each scored six points to round out the scoring for CCHS. 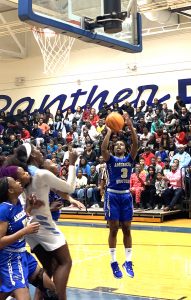 The first quarter was a hotly-contested quarter, as one would expect between two of the state’s top teams. However, it took both teams a while to get on the scoreboard. Edmonds put the Lady Tigers on the scoreboard first, but it wasn’t until less than five minutes to play that Reese was able to give the Lady Panthers their first two points of the game off a turnover.

Both teams matched each other for the rest of the quarter, but CCHS had a 13-10 advantage by the start of the second quarter.

Throughout the game, the Lady Panthers had trouble dealing with Edmonds and

Cochran on the low post. They had a distinct height advantage, making it difficult for ASHS to get rebounds on both ends of the floor.

CCHS went on a 10-5 run in the third quarter before White nailed another three-pointer to cut the ASHS deficit to 40-38 with a little over a minute to go. Both teams would go into the final quarter with the Lady Tigers up 42-38.

The Lady Panthers were able to turn up their defensive pressure at the beginning of the fourth quarter and White was able to score a transition basket off a turnover. After CCHS scored on a free throw, Reese brought the Lady Panthers to within one by scoring on a dribble drive. Then with 6:25 to go, DeAsia Ford was fouled while shooting and hit one of two free throws to tie the game. ASHS got a steal on their ensuing full-court press, but White missed a layup that would have given the Lady Panthers the lead. However, Trinity Jones gave ASHS the lead with a three-pointer, making it 46-45 in favor of ASHS. 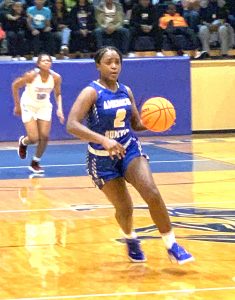 After the Lady Tigers scored three straight points to take a three-point lead, Goodman knocked down a three-pointer to tie the game at 49-49 with less than five minutes to go. Brianna Pope had a chance to give the Lady Panthers the lead again when she was fouled while shooting. Pope missed both free throws, but due to a lane violation against CCHS, she got a third chance. However she was unable to make the third one as well.

Fortunately for the Lady Panthers, they were able to get the ball back on a turnover and Pope made amends by scoring on the inside. With 2:55 to go, ASHS held on to a 51-49 lead.

Both teams traded baskets on their next possessions, but the Lady Panthers would get a crucial basket with 1:37 to go. Jones was able to get a rebound off a missed three-pointer and scored to give ASHS a 55-51 lead. That play electrified an already loud and raucous crowd at the AHS gymnasium and prompted a timeout by CCHS.

However, out of the timeout, the Lady Panthers forced another turnover and Reese was able to score to increase the lead to 57-51. Those last two sequences on offense for ASHS proved to be the difference in the game as they would go on to win 58-53.

The Lady Panthers will have very little time to relish their hard-won victory. They will travel down to Albany on Saturday, January 11, for another Region 1-AAAA contest against the Lady Patriots of Westover. Due to severe weather that is forecasted for the area, the game will tip off at 2 p.m. Saturday afternoon, followed by the boys’ game at 3:30 p.m.