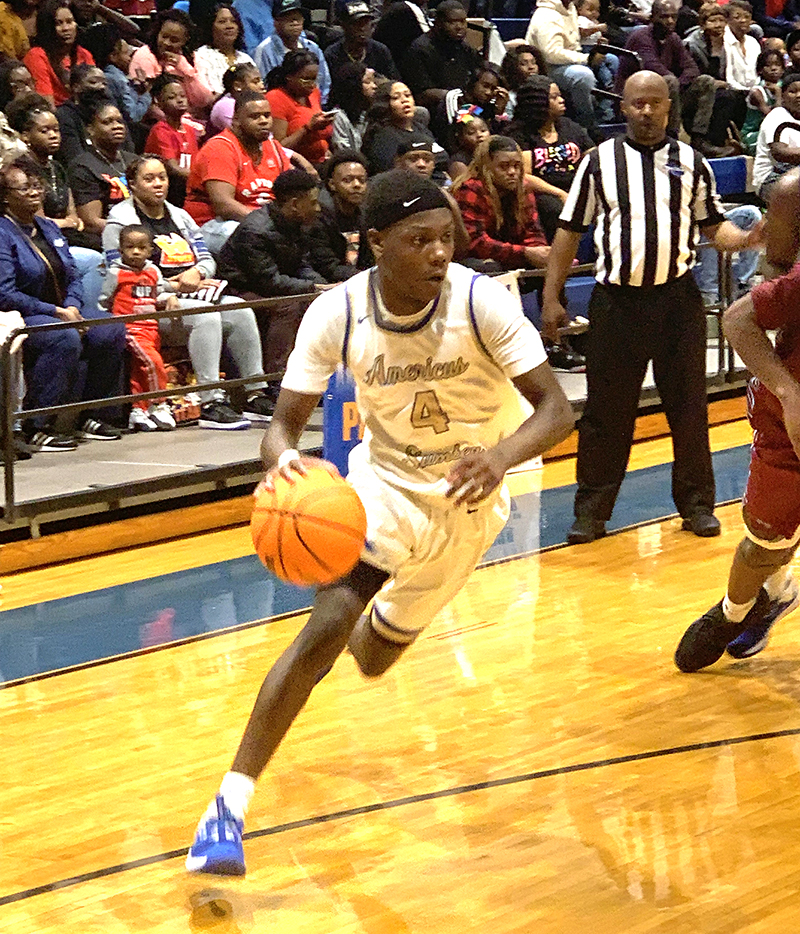 AMERICUS – The last time the Americus-Sumter High School boys’ basketball team (ASHS) took on their Region 1-AAAA nemesis, the Tigers of Carver (Columbus) (CCHS), it was in last year’s GHSA Class AAAA state championship game. In that game, ASHS fell by the score of 58-55. It was one of four defeats the Tigers handed to the Panthers during the 2018-19 season and it was the most crushing. However, with the calendar rolling into 2020, new hope has arisen. The Panthers turned that hope into reality by shellacking CCHS 67-38 in dominating fashion on Friday, January 10, in front of a jam-packed, raucous crowd at the ASHS gymnasium.

“My guys were focused. I try to keep them focused,” ASHS head coach Johnny Genwright said. “I told them that’s exactly what we want to do: just come out and play our ball. They played defense well. In the first half, they did a lot of reaching and got into foul trouble. In the second half, we came out, slowed it down and we played Americus-Sumter basketball, but I knew my guys were ready for this challenge and they stepped up to it.”

Trae Brown led the Panthers in scoring with 19 points and Wallace Bradley poured in 11. Le’Shanna Ross scored eight points, with six of those points coming on two three-pointers, and Jordan Wiley chipped in seven in the winning cause.

ASHS took command early and jumped out to a 24-14 lead by the end of the first quarter and maintained that double-digit lead for the rest of the first half as they went into halftime leading 37-26. 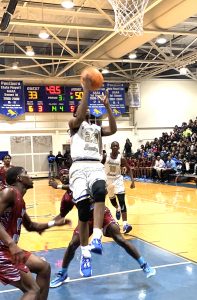 Americus-Sumter junior power forward Darion Mitchell (23) goes up for a layup against the Tigers. Mitchell scored three points in the win over CCHS.
Photo by Ken Gustafson

The Panthers began to pull away late in the third quarter and continued to enforce their will on the game. They used their swarming defensive pressure to disrupt the CCHS offense and continued to score at will. Then in the fourth quarter, ASHS left no doubt what the outcome would be. They outscored the Tigers 17-5 in the final quarter to win easily by the score of 67-38.

The win improves the Panthers’ record to 15-0 overall and they are in first place in the Region 1-AAAA standings at 7-0. 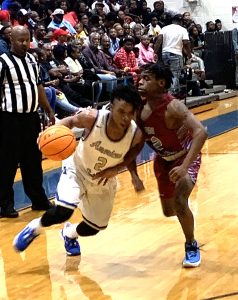 Up next for the Panthers is another tough Region 1-AAAA test. They will travel down US Highway 19 to Albany on Saturday afternoon, January 11, to take on the Patriots of Westover (8-5, 6-0). Due to severe weather that is forecasted for the area, the start time for that game has been moved up to 4:30 p.m.