Americus – On January 18, 2020 at 6:33 AM officers of the Americus Police Department responded to a residence in the 100 block of Carter Street in Americus to a report of a person being shot. The shooting victim, 21 year old La’Warrior Gardener, was transported to Phoebe Sumter Medical Center where he succumbed to his wounds. The suspect, identified as 23 year old Demonte Everett Mayes, Jr. of Arlington, Texas, abducted his 2 month old biological child and fled the scene. 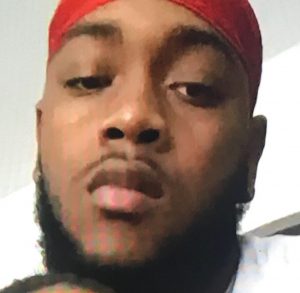 Detectives from the police department and agents of the GBI issued an Amber Alert for the missing child and worked with the Georgia Fusion Center to notify local, state, and federal agencies of the abduction. The suspect’s vehicle was located travelling west on US Highway 80 between Montgomery and Selma, Alabama by the Alabama Highway Patrol. He was taken into custody and the child was recovered safely.

Mayes is being charged with Murder, multiple counts of Aggravated Assault, and Kidnapping. Additional charges may be added as the investigation proceeds. Anyone with additional information is asked to call the Americus Police Department Tip Line 229-924-4102, or the Americus Criminal Investigation Division at 229-924-4550