Continuing Dr. King’s Legacy: A time for celebration and remembrance 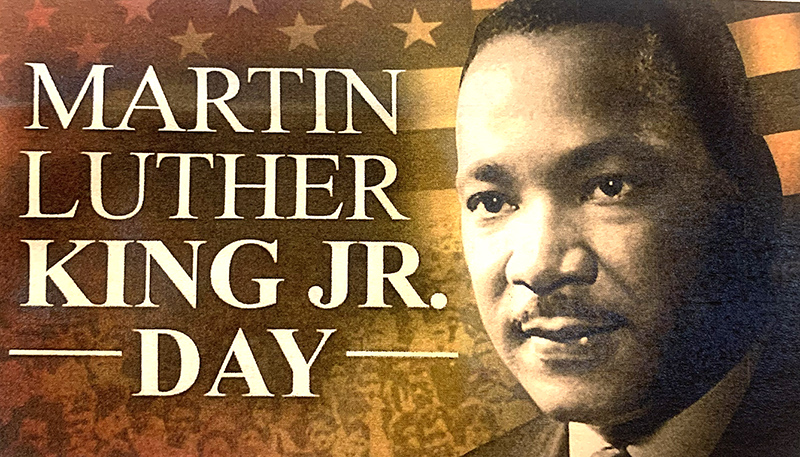 Hundreds gathered in the sanctuary of the Friendship Missionary Baptist Church in Americus to celebrate the life and legacy of Dr. Martin Luther King Jr. on Monday, January 20, the MLK Jr. Holiday. Submitted Photo

AMERICUS – On Monday, January 20, an overflow crowd gathered at the Friendship Missionary Baptist Church to celebrate the life and legacy of Dr. Martin Luther King Jr. For the large crowd that filled the church sanctuary, it was a time of celebration, remembrance, reflection and a time to look ahead.

The service began with the singing of the hymn “Lift Every Voice and Sing”, followed with a prayer led by Bishop Melvin McCluster. There was a time of scripture reading by Rev. Larry Sims Jr., who read the story of Moses and the Exodus of the Children of Israel from Egypt. This was followed by music from the Americus-Sumter High School Choir.

Later on in the service, Mrs. Lorena Barnum Sabbs challenged those in attendance to do what Dr. King did in making a difference for themselves and their community. Sabbs recalled a trip she had taken to Robben Island in South Africa, where former South African Prim minister Nelson Mandela had been imprisoned for 27 years for fighting apartheid in his country. Sabbs told the audience that while she was there, the tour guide on the island asked her why she had come to visit. Sabbs said she wanted to visit where Mandela had been held prisoner for 27 years for fighting apartheid. She said that the tour guide reminded her that there were hundreds of thousands of men, women and children who also suffered greatly for fighting against apartheid and not just Mandela. 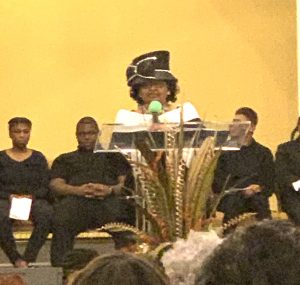 This truth reminded Sabbs that the same was true in the case of Dr. King and the Civil Rights Movement. In addition to Dr. King, there were thousands of men, women and children who stood up against the injustices of segregation at that time. She reminded the crowd that they couldn’t rely on just one person to make a difference, but that they themselves can and must work to make a difference.

“Dr. King is right here in this building today,” Sabbs told the crowd. “Look, I believe in Dr. King. I named my children after him. That’s how much he means in my heart and my family, but he is not the only one. You need to be your own Dr. King.”

Sumter County Board of Commissioners Chairman Clay Jones encouraged the young people in the crowd to get involved politically. Americus City Council Member Nelson Brown reminded the crowd that if it weren’t for Dr. King, he wouldn’t be standing before them today. 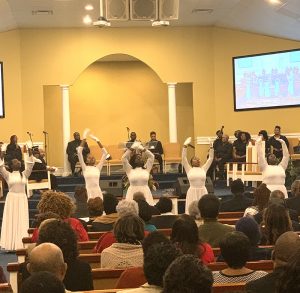 After a performance by the United Holiness Dancers, the keynote speaker, Rev. Pamela Harris, preached a message entitled “If you find me naked, cover me”. The message was intended to communicate to the crowd that one person’s trials and tribulations needs to be everybody’s business. “You’ve got to stand for somebody else. You’ve got to get up and make a strong message,” Harris said.

Near the end of the service, Ms. Jerutha Scott of the Americus Sumter County Movement Remembrance Committee (ASCMRC) gave an update on the work being done to restore the building that formerly housed the Americus Colored Hospital and turn it into a museum. The building is located on the corner of J. R. Campbell and Jackson Street. Scott said that the ASCMRC recently received a grant of $500,000.00 to restore this building.