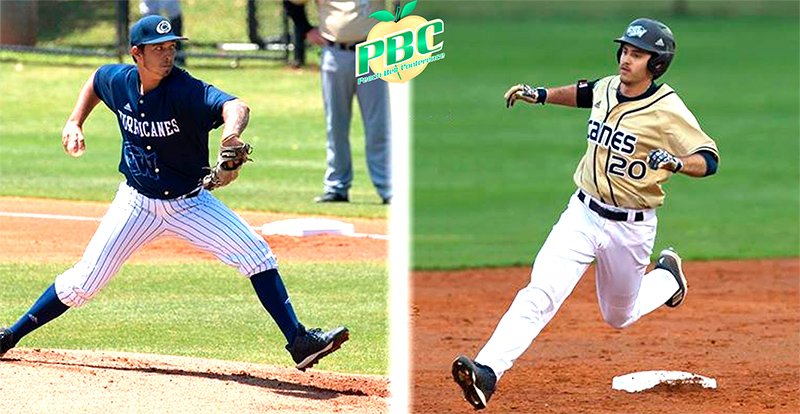 Smith is the reigning 2019 PBC Pitcher of the Year and he was also named First-Team All-Conference. In addition to those accolades, the Division II Conference Commissioners Association (D2CCA) and the American Baseball Coaches Association (ABCA) named Smith All-Region.

He finished the 2019 season with a 9-3 record and with a 2.11 ERA in 17 starts as he pitched a total of 115.0 innings. Smith led the PBC in starts, wins, complete games, ERA and innings pitched and was second in total strikeouts. Smith is a PBC Presidential Honor Roll Gold Scholar and was named to the All-Academic Team.

Jonathan Martin finished the 2019 season ranked in the PBC top 10 in doubles (7th), triples (6th), at-bats (9th), walks (7th) and was 11th in stolen bases. He finished the season with a .300 batting average and with 16 doubles, two home runs and 37 RBIs. Martin had six games in which he tallied three or more hits, including three in a row. Martin is a PBC Presidential Honor Roll Bronze Scholar.  The league’s head coaches selected the PBC Preseason All-Conference Team.

The Hurricanes will open their season on Saturday, Feb. 1 with a three-game set against Barry (Fla.). First pitch of the season is set for 12 p.m.