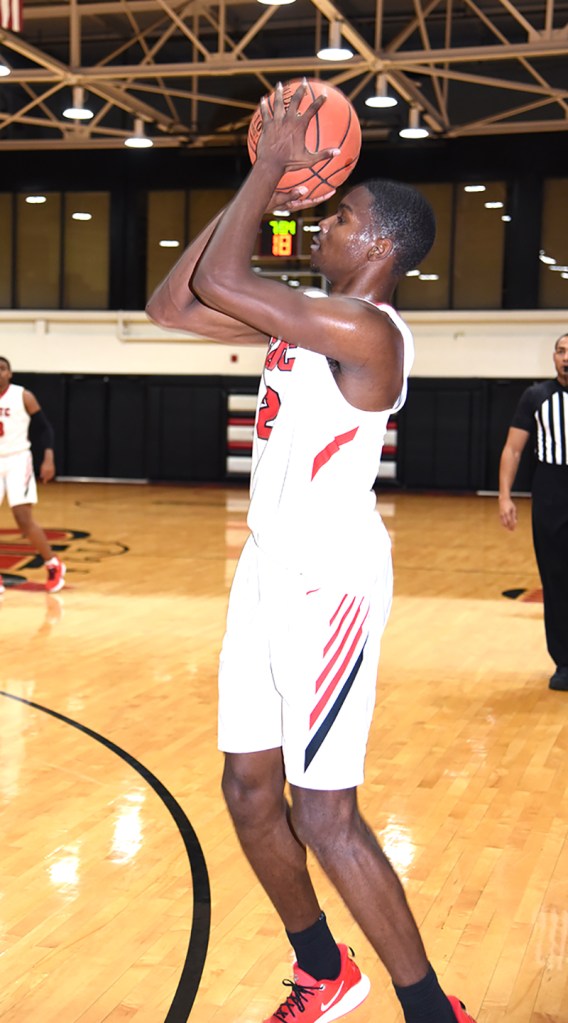 AMERICUS – The South Georgia Technical College (SGTC) Jets were up by seven points with less than five minutes to play against South Georgia State College (SGS). However, the Hawks scored 12 unanswered points in the final 4:45 to take a come-from-behind 62-57 victory over the Jets on Wednesday, January 22, at the Hangar.

The loss drops SGTC to 2-4 in the Georgia Collegiate Athletic Conference (GCAA) and 9-11 overall. With the win, SGS improves to 4-2 in the conference and 17-3 overall. The Hawks are currently in fourth place behind Georgia Highlands, Albany Tech, and Central Georgia Tech. The Jets are now tied for sixth place with Andrew College.

The Jets took the lead to begin the game, but the two teams traded baskets and the score was tied on three different occasions before the Hawks pulled ahead 37-27 at the half. The Jets fell behind by 12 before sophomores Jarius Carroll, Brice Paster and Toriano Lewis hit a combined five three-pointers in the second half to allow SGTC to overcome the 12-point deficit. The Jets were able to take a 57-50 lead with less than five minutes to play until the Hawks responded with 12 unanswered points to claim their victory.

Carroll was the top scorer for the Jets with 13 points and Paster was close behind with 12 points. The Macon, GA native hit four three-point shots for the game. Three of those three-pointers came at crucial times during the second half.

Freshman guard/forward Denari Garrett had eight points and all of them were scored in the first half. Lewis ended the night with six points on two three-pointers down the stretch. Freshman point guard Lamont Sanders had a total of six points and sophomore Justin Johnson also had six.

Jalen Reynolds, Tabais Long, and Merdy Bata closed out the scoring for the Jets with two points each.

The Jets will attempt to get back on the winning track when they host Albany Technical College (ATC) on Saturday, January 25 at 3 p.m. It will be the second game of a conference doubleheader, as the Lady Jets will open against the Lady Titans.