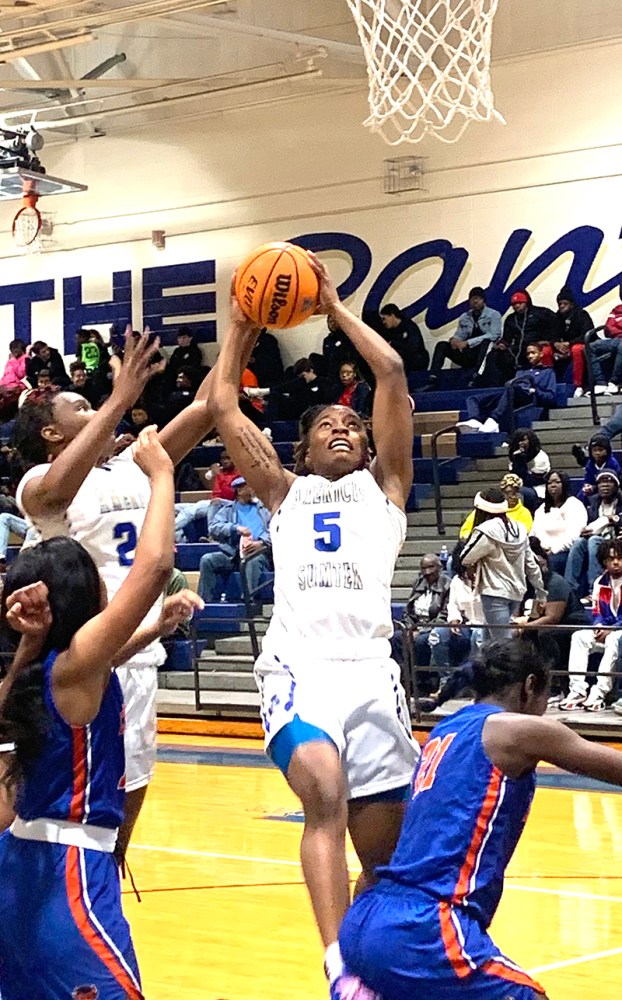 AMERICUS – After defeating Hardaway 66-43 on Friday evening, January 24, the Americus-Sumter Lady Panther basketball team (ASHS) followed that up with another dominating performance against the Columbus Lady Blue Devils (CHS). They set the tone early by jumping out to a big lead and imposed their will from then on out on route to a 71-18 drubbing of CHS on Saturday, January 25, at Americus-Sumter High School.

Saturday night was pink out night at ASHS for cancer awareness. It was also Sumter County Parks and Recreation Department Night as the boys and girls’ recreation basketball teams were recognized at halftime of the game. 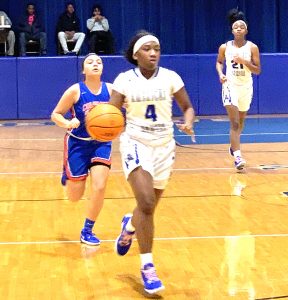 The Lady Panthers had three players in double figures. Jelissa Reese led all scorers with 25 points and Trinity Jones poured in 16. Trinity Jackson chipped in 10 points in the winning cause.

Trinity Goodman and Brianna Pope each scored seven points and DeAsia Ford scored six to round out the ASHS scoring.

ASHS jumped out to an 11-0 lead, which was capped off with a three-pointer by Jones. The onslaught continued as ASHS continued to overwhelm CHS on defense and scored several transition baskets. Both Reese and Jones were able to knock down outside shots as well, making it difficult for the Lady Blue Devils to defend. CHS had an extremely hard time scoring. The Lady Blue Devils weren’t able to get on the scoreboard until four seconds left in the first quarter when Mya Thompson hit a three-pointer. By the end of the first quarter, ASHS had a 23-3 lead.

The Lady Panthers continued to dominate in the second quarter and led at halftime 46-5.

Reese scored 16 of her 25 points in the first half. 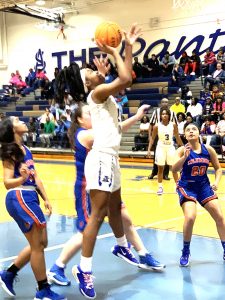 With the scoring margin being so wide, the third and fourth quarters were shortened to six-minute quarters, according to GHSA rules. The Lady Panthers quickly picked up where they left off and outscored CHS 10-4 over the first three minutes of the third quarter. The Lady Panthers continued to have their way with CHS as they were able to score most of their points on the inside. By the time the horn sounded to end the game, ASHS had won 71-18.

Up next for ASHS is a trip up to Columbus on Tuesday, January 28, to take on the Lady Raiders of Shaw. Tip off is scheduled for 6 p.m.

AMERICUS – After dispatching the Syrupmakers in a 78-27 drubbing at Cairo on Tuesday, January 21, the undefeated Americus-Sumter Panthers... read more