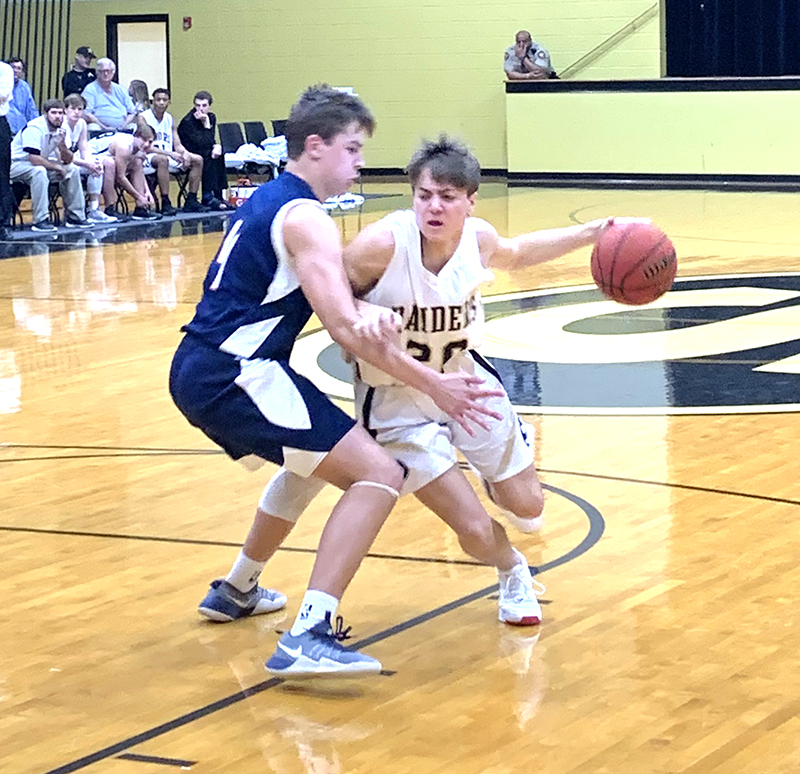 THOMASVILLE, GA – After a hard-fought 65-54 victory over Crisp Academy in which SA junior guard Owen Exley scored 34 points, the Southland Academy Raider Basketball Team (SA) headed down to Thomasville on Saturday, January 25, hoping to continue their winning ways against Brookwood (TBS). However, the Warriors outscored the Raiders 29-22 in the second half and edged out SA 46-41.

With the loss, the Raiders fall to 12-4 overall and are now 3-2 in the GISA Region 3-AAA standings. They are currently in third place in the region behind Deerfield Windsor (5-1) and TBS, who sits at the top the region standings at 5-0.

After the Warriors finished the first quarter with an 11-7 lead, the Raiders roared back in the second quarter, outscoring TBS 12-6 to take a 19-17 halftime lead.

However, TBS responded with another 11-7 spurt in the third quarter and edged out the Raiders 18-15 in the fourth to earn the 46-41 win.

“We did not shoot the ball particularly well, but a lot of that had to do with Brookwood’s defense,” SA Head Coach Rundy Foster said. “We are still in a very good spot in the region and are guaranteed a spot in the state playoffs if we can win on Tuesday.”

Before their contest against TBS, the Raiders had to go across the Flint River to take in Crisp Academy the day before. In that game, Exley had perhaps his best game in a Raider uniform, scoring 34 points to lead SA to a hard-fought 65-54 win.

“We had a hard time with their size, but managed to hold them to six points in the fourth quarter to seal the deal,” Foster said. 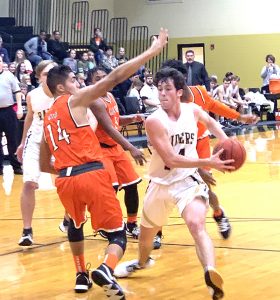 Two other Raiders finished the game in double figures in this game. Senior shooting guard Adam Smith and junior point guard Max Foster each scored 12 points to help lead the Raiders to victory.

The Raiders will host Tiftarea Academy on Tuesday, January 28. IF SA can win that game, they will be guaranteed a berth in the GISA Class AAA State Playoffs. After that game, SA will have two more crucial regular season region contests before the Region 3-AAA Tournament. They will travel down to Albany to take on Deerfield-Windsor on Friday, January 31, at 7:45 p.m. SA’s last regular season game of the year will be at home against Brookwood on Tuesday, February 4, at 7:45 p.m.