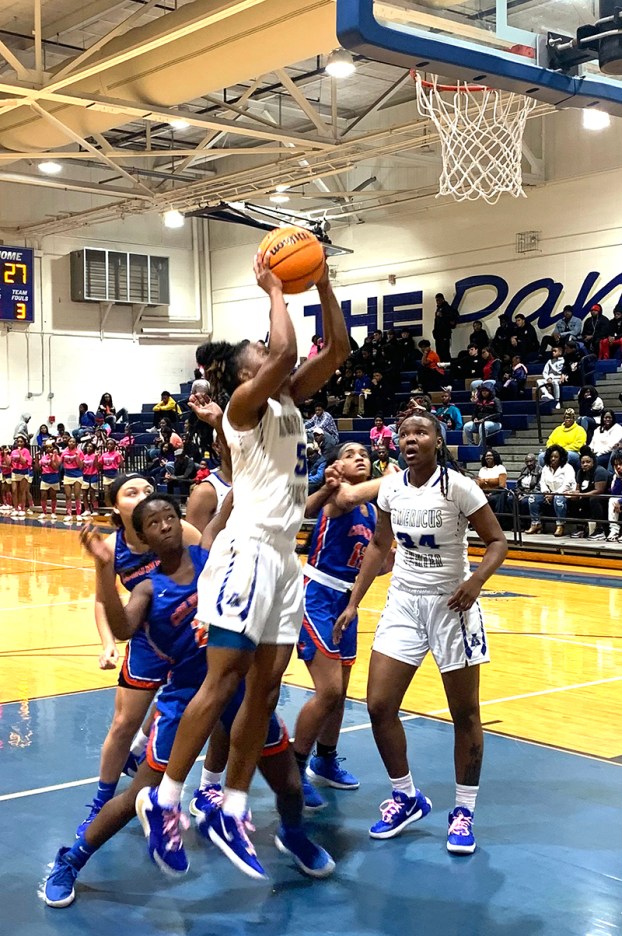 Lady Panthers forced to grind out a win at Shaw

COLUMBUS – It wasn’t easy, but the Americus-Sumter Lady Panther basketball team (ASHS) improved their overall record to 21-1 and their Region 1-AAAA record to 13-1 when they defeated the Shaw Lady Raiders (SHS) 54-50 in an extremely hard-fought contest on Tuesday, January 28, at Shaw High School (SHS).

The Lady Panthers currently trail Carver (Columbus), who is at the top of the Region 1-AAAA standings at 14-1.

Jelissa Reese led ASHS in scoring with 18 points and Tiffani Goodman poured in 13. Trinity Jones almost got into double-figure scoring with nine points.

It was a competitive first quarter between both teams as SHS outscored the Lady Panthers 13-10 in the quarter. However, ASHS exploded for 17 second-quarter points to take a 27-21 halftime. Reese scored eight of her game-total of 18 points in the second quarter.

However, the Lady Raiders fought back. Shemiah Jackson scored all of her nine points in the third quarter to help SHS get to within three points at 40-37 by the start of the fourth quarter.

Fortunately for ASHS, Reese was able to score six points in the final quarter to help the Lady Panthers hold on and win.

One thing that the Lady Panthers struggled with in this game was foul shooting, as they made only eight of 19 foul shots. Fortunately for ASHS, the Lady Raiders were even worse. SHS made just 10 of 26 foul shots in the game.

With the loss, the Lady Raiders fall to 11-12 on the season and 7-7 in the Region 1-AAAA standings. Jordine Moody led SHS in scoring with 19 points and Bre’lyn Snipes scored 15 in the losing cause.

The Lady Panthers have two more regular-season games before the upcoming Region 1-AAAA Tournament. They will travel back to Columbus on Friday, January 31, to take on Hardaway and will finish the regular season with a Senior Night home game against Westover on Saturday, February 1.

AMERICUS – After a closely-played first half between the Southland Academy Raiders (SA) and the Panthers of Tiftarea Academy (TA),... read more