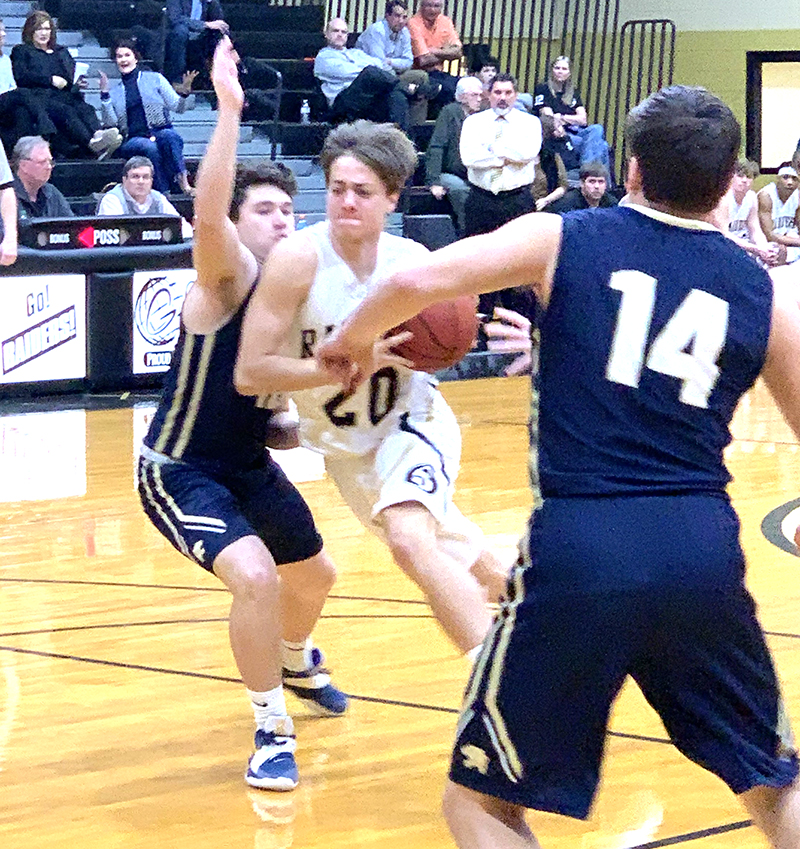 AMERICUS – After a closely-played first half between the Southland Academy Raiders (SA) and the Panthers of Tiftarea Academy (TA), the Raiders fired off seven three-pointers in the third quarter. That barrage of three-pointers would eventually lead to SA’s total domination in the second half and their eventual 81-58 victory over the Panthers in a crucial GISA Region 3-AAA contest on Tuesday, January 28, at Melvin Kinslow Gymnasium.

In the third quarter, the Raiders scored 29 points and went from a seven-point lead at halftime to an 18-point lead. They were able to maintain that lead in the fourth quarter and seal the decisive victory.

With the win, the Raiders have secured a berth in the Georgia Independent School Association (GISA) Class AAA State Playoffs. SA improves its record to 13-4 and are now 4-2 in the Region 3-AAA standings. The Raiders are currently in third place behind Deerfield-Windsor (5-2) and Brookwood (6-0). Those two teams are SA’s last two opponents of the regular season.

While SA Head Coach Rundy Foster was pleased with the victory, one particular thing that the Raiders struggled with in his game has him concerned.

Owen Exley had another strong performance as he led SA with 21 points. 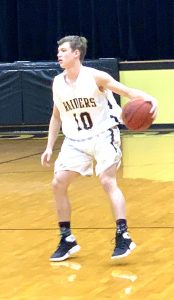 Two other Raiders scored in double figures. Both Max Foster and Adam Smith each scored 15 points. Both Foster and Smith knocked down four three-pointers on the night. Both Luke Law and Hunter McCain scored nine points, Landon Law and Nathan Duke each had four and Chase Ledger scored two points to round out the Raiders’ scoring.

The Raiders jumped out to an 8-2 lead early in the game, as they were able to score on a couple of fast-break baskets. This prompted TA Head Coach Mike Patrick to call a timeout. Out of the timeout, the Panthers regained their footing and cut SA’s lead to one before Smith knocked down a three-pointer to give SA a 14-10 lead.

However, with 1:51 to go in the first quarter and SA up 15-10, TA guard John Adam Copeland knocked down a three-pointer, cutting the Raiders’ lead to two. Smith, however, responded again for SA as he knocked down another shot from beyond the arc to give the Raiders an 18-13 lead. However, the Panthers responded by scoring four unanswered points to close out the first quarter. 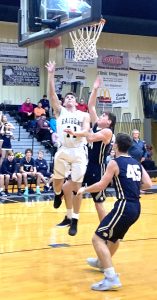 Like a boxer refusing to be intimidated by his opponent, the Raiders fought back in the second quarter by scoring five unanswered points to take a 23-17 lead.

The Raiders were able to maintain their lead for the rest of the first half and led 33-26 at halftime.

That began a three-point barrage by SA. McCain and Exley both knocked down three-pointers to extend the Raiders’ lead to 55-38, prompting the Panthers to call a timeout with 2:10 to go in the third.

Out of the timeout, Max Foster knocked down another three-pointer for the Raiders, which emboldened his teammates to try to do the same. However, the next couple of three-point attempts fell short. Nevertheless, the Raiders began the final quarter leading 62-44.

Over the first two minutes of the fourth quarter, both teams traded baskets, but Exley was able to score and complete a three-point play to give SA a 69-49 lead.

For the remainder of the game, the Raiders continued to push the ball quickly up the court on offense and got some easy baskets on the inside. They also got another three-pointer from Max Foster.

The Panthers were never able to make a run in the fourth quarter to get back in the game and SA went on to win 81-58.

Dylan Harbort led the Panthers in scoring with 13 points and Adam McKinney had 12 in the losing cause. TA drops to 2-14 on the season and 1-6 in the Region 3-AAA standings.

Up next for the Raiders are two huge games to finish out the regular season and to determine seeding in the upcoming Region 3-AAA Tournament. SA will travel down to Albany on Friday, January 31, to take on Deerfield-Windsor in a rematch of the previous game in which the Raiders fell to the Knights 61-58 in overtime. Tip off from Albany is scheduled for 7:45 p.m. SA will then play their final regular-season game at home on Tuesday, February 4, against Brookwood, who currently sits a top the region in first place. Tip off for that game is scheduled for 7:45 p.m.