Wildcats come up short in hard-fought battle with Marion County 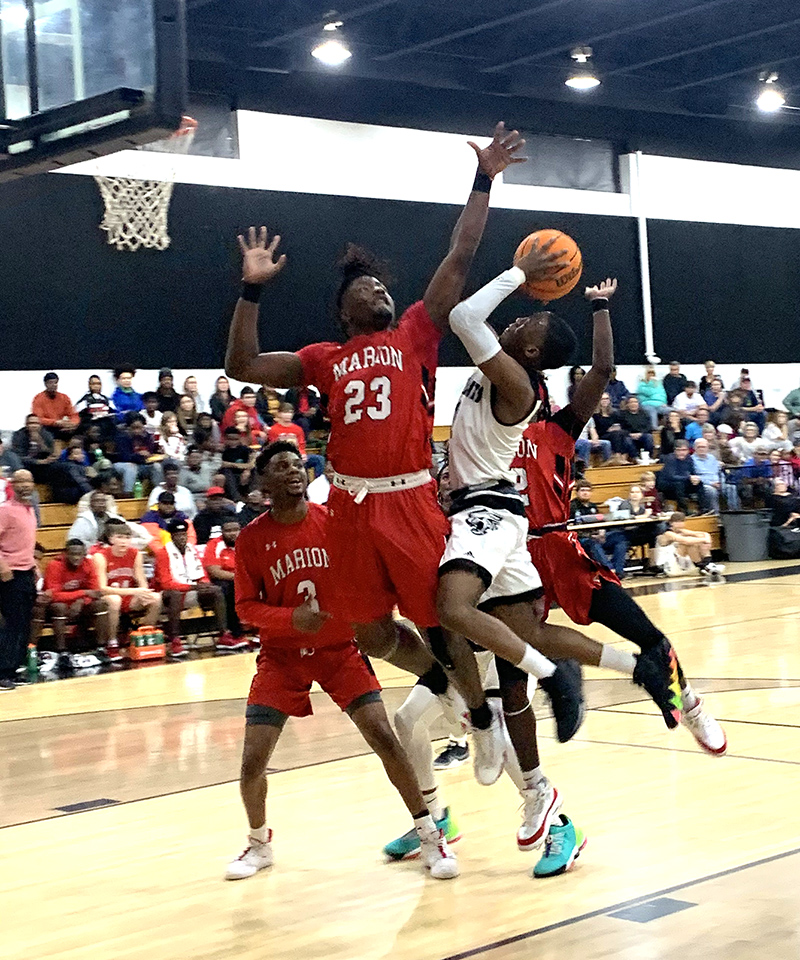 ELLAVILLE – Perhaps It’s an overly used sports cliché, but it’s true. The team that makes the most plays down the stretch and takes care of the “little things” will win. In the case of the Schley County Wildcat basketball team (SCHS), they gave maximum effort against the Eagles of Marion County (MC) in their final regular-season game at home. However, missed free throws and other missed opportunities by the Wildcats down the stretch proved to be costly. MC was able to take advantage of those missed opportunities and left Ellaville with a 45-39 victory over the Wildcats on Saturday, February 1, at Schley County High School (SCHS).

For SCHS head coach Ernest Scott, it came down to his club failing to understand what to do in certain situations, especially during the closing stages of a game.

“I think our guys have got to do a better job of knowing situations,” Scott said. “We were in the bonus early in the fourth quarter and then we had some transition possessions. Rather than getting to the basket, we settled for threes. They were good shots…wide open shots, but when you’re in the bonus like that, you’ve got to put the pressure on the defense to stop you on the dribble drive and we didn’t do that.”

Scott also stated that his club failed to capitalize at the foul line as well.

With the loss, the Wildcats finish the regular season at 12-8 overall and 9-7 in the Region 4-A standings. MC improves its overall record to 13-9 overall and is tied with SCHS at 9-7 in the region standings. 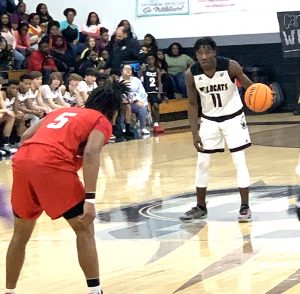 Cameron Solomon led SCHS in scoring with 13 points and Dylan Taylor poured in 10. Both Zamon Ross and Deonte Cross each chipped in four points in the losing cause.

The Eagles jumped out to a 7-0 lead to start the game. Jamil King capped off that run with a three-pointer. Instead of driving to the basket to score or draw fouls, the Wildcats settled for outside shots on several offensive possessions. However, those shots didn’t fall and SCHS trailed 9-0 until Cross drove to the basket and got fouled. He made both free throws to give the Wildcats their first points of the game. Trypp Lumpkin would later knock down a three-pointer to bring the Wildcats to within seven at 12-5.

Early in the second quarter, SCHS tried to crawl back into the game when Cross got a steal and scored on a transition basket. However, the Wildcats went through another scoring drought before Taylor nailed a three-pointer to bring SCHS to within six at 16-10.

Over the next minute or so, both teams traded baskets, but with 1:25 to go before halftime, Solomon nailed a three-pointer to bring the Wildcats to within three at 20-17. Solomon followed that up with another basket and SCHS trailed by only one at 20-19.

Jarvis Evans scored for the Eagles a few seconds before the half, but after a difficult start to the game, the Wildcats were very much alive, trailing 22-19 at the half. 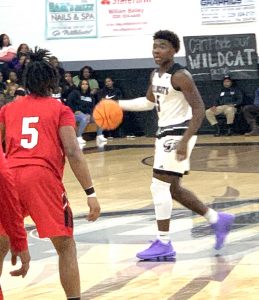 Over the first three minutes of the third quarter, both teams traded baskets, but MC had a 28-23 lead. At the 3:03 mark of the quarter, the Eagles took a 32-24 lead when Talik Broadway scored on the inside. Solomon responded for SCHS by hitting a three-pointer to bring the Wildcats back to within five. Ross had a chance to bring SCHS to within one point, as he went to the foul line twice with less than two minutes remaining in the quarter. Ross went 2 for 4 from the line during that sequence and the wildcats began the final quarter only trailing by three at 32-29.

The Eagles jumped out to a 36-29 lead to start the fourth quarter, prompting Scott to call a timeout with 6:27 to go to settle his team down. Out of the timeout, Taylor nailed a three-pointer to bring the Wildcats to within four. Then with a little more than four minutes remaining, Taylor scored again to bring SCHS to within three at 37-34.

Broadway had a chance to extend the Eagles’ lead at the foul line, but missed both free throws. The Wildcats responded by tying the game on a three-pointer by Solomon. SCHS had been trailing in the game since the beginning, but found themselves in a position to win as the minutes began to wind down.

With less than three minutes left, Lumpkin was at the foul line for a one-and-one situation. Unfortunately for SCHS, Lumpkin missed the front end and the ball was knocked out of bounds off an SCHS player. Nevertheless, the Wildcats still only trailed 39-37. The team that was going to win this game would be the team that didn’t turn the ball over and made their free throws down the stretch.

Cross had a golden opportunity to tie the game with less than two minutes left, but missed the layup. He had another chance to tie the game shortly thereafter, but could not finish on that try either. At the other end, MC’s Brandon Thomas was fouled and made both free throws to extend the Eagles’ lead to 43-39. Thomas would later hit two more foul shots to put MC up 45-39 and seal their victory.

Thomas led the Eagles in scoring with 16 points and Broadway had 11 in the winning cause.

With the regular season behind them, the Wildcats will now focus on the upcoming Region 4-A Tournament. They will play Hawkinsville in the preliminary round of the tournament on Monday, February 3, at SCHS. If they win that game, they will play on Tuesday, February 4, against the winner of the game between Crawford County and Macon County. That game will be at SCHS as well.

“It’s a brand new season now. We’re going into the region playoffs and what we did in the regular season is over with,” Scott said.