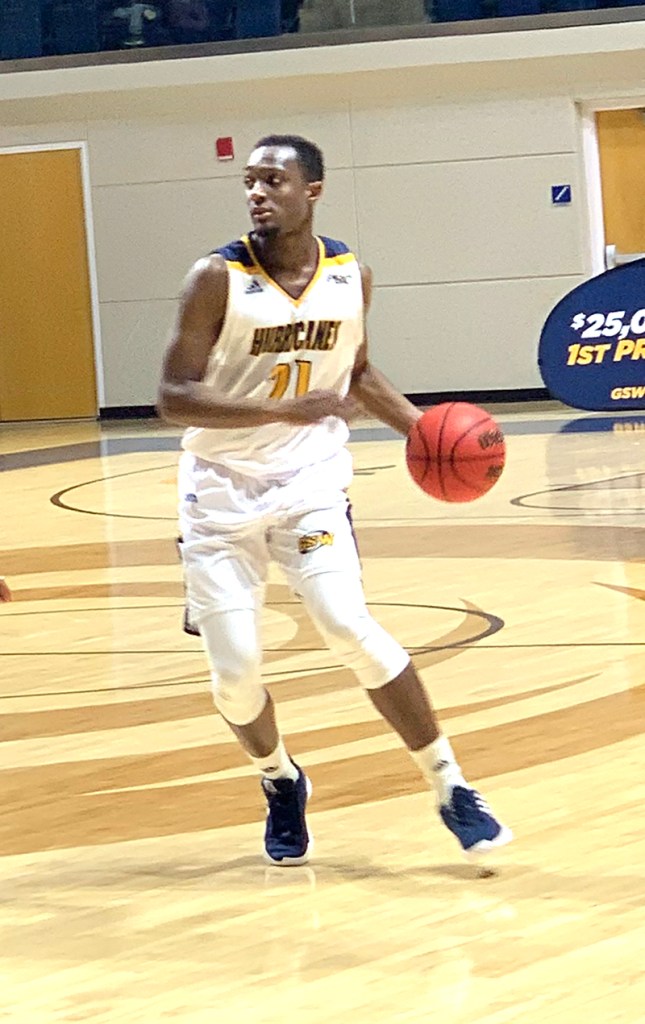 AMERICUS – The Georgia Southwestern State University men’s basketball team (GSW) was eight seconds away from snapping a five-game losing streak. However, USC Aiken’s Gus Rowland hit a jump shot to give the Pacers the lead. It was a lead they would never relinquish, as they handed the Hurricanes an 85-83 Peach Belt Conference (PBC) defeat on Saturday, February 8, at the Storm Dome.

With that loss, the Hurricanes’ losing streak has been extended to six games. They are 8-12 overall and 3-11 in the PBC.

GSW is currently tied for 11th place in the PBC standings with Francis Marion University.

Jalen Cameron led the Hurricanes with 21 points and Abdul Dial poured in 16. Two other GSW players were in double figures. Jamari Dean was able to score 16 points on seven of 16 shooting and Soloman Thomas scored 15 in the losing cause.

During the first four minutes of the second half, the Hurricanes extended their lead to 44-35, but the Pacers responded by going on a 9-2 run to cut their deficit to 46-44 by the 14:16 mark. Over the next two and a half minutes, both teams traded baskets, but GSW forward Josh Press with 11:43 to go tied the game at 50-50 on two made free throws.

Neither team was able to generate a big lead over the next five minutes. However, the Hurricanes did take a six-point lead on a basket from Dean with 6:06 to go. Almost a minute later, Cameron was able to score on a slam-dunk to give GSW a 72-64 lead.

During the next three minutes, both teams traded baskets, but the Hurricanes maintained no less than a four-point lead until Brock scored with 1:31 to go to bring the Pacers to within three at 81-78.

During the next 48 seconds, USC Aiken scored four unanswered points to take an 82-81 lead, but Dial was able to score on a layup to regain the lead for the Hurricanes with 33 seconds left.

However, the Pacers ran the clock down to eight seconds before Rowland scored the game-winning shot. With five seconds left, the Hurricanes were trying to make a last-ditch effort to score and snap their losing streak, but Thomas committed a turnover and the Hurricanes were forced to foul Xzavier Barmore with two seconds left. Barmore mad one of two foul shots to seal the victory for the Pacers.

The Hurricanes were outrebounded 37-36 in total rebounds, but the Pacers had five more offensive rebounds than did GSW (11-6). USC Aiken also had four more steals than did the Hurricanes (12-8), but GSW was able to generate more assists (18-5).

Rowland led the Pacers with 22 points and Both Brock and Barmore each poured in 18 points in the winning cause. With the win, USC Aiken improves its overall record to 15-9 and is in a tie for second place in the PBC standings at 11-3