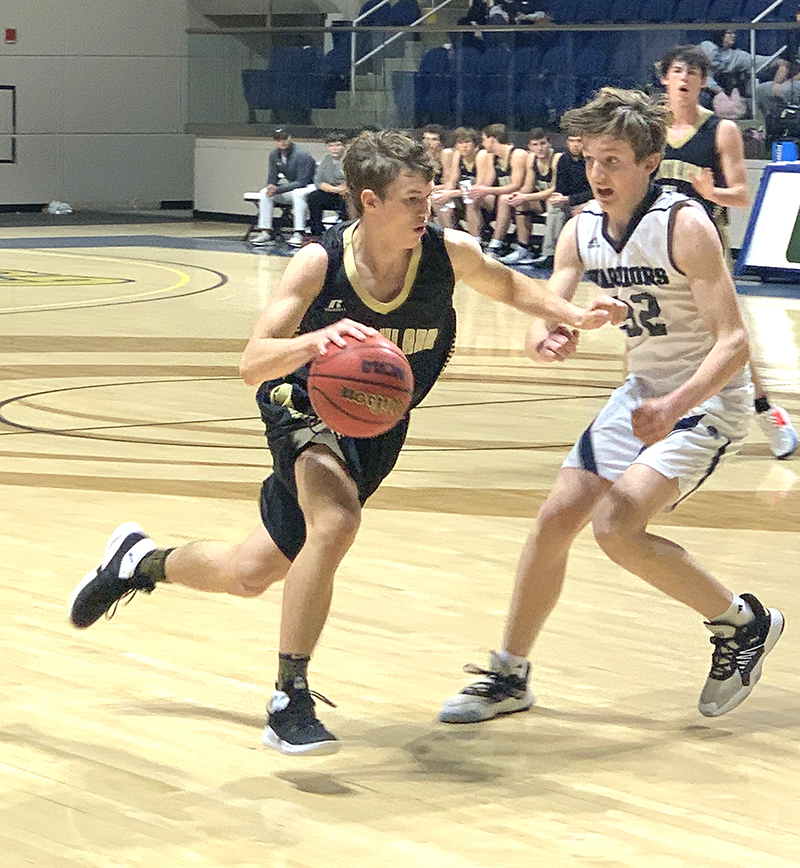 AMERICUS – Having defeated Deerfield-Windsor 55-36 the night before in the first round of the Georgia Independent School Association (GISA) Region 3-AAA Tournament, the Southland Academy Raider Basketball Team (SA) was poised and ready to do what they haven’t been able to do in 18 years: win a region championship. They would be facing the Warriors of Brookwood (BS) in the championship game on Friday, February 14, at the GSW Storm Dome. Up until early in the fourth quarter, the Raiders were very much alive, trailing 36-31. However, a series of three technical fouls against SA completely turned the tide of the game. From that point, the Warriors outscored the Raiders 20-6 during the remainder of the quarter to seal a 56-37 victory and the region championship.

According to one of the officials, SA forward Hunter McCain was whistled for intentionally kicking a BS player, which resulted in a technical foul and an ejection for McCain. Both SA junior guard Max Foster and SA head coach Rundy Foster were each issued technical fouls as well for arguing with the referee. As a result, BS guard J.P. Chapman shot six technical foul shots and made three of them. Even after all that, the Raiders only trailed 41-31, but that would be the beginning of a downward spiral for SA. The Warriors took total control of the game from there, outscoring the Raiders 15-6 the rest of the way.

Another factor in SA’s loss was the fact that the Raiders struggled on the inside with the Warriors’ bigger post players.

With the loss, SA (16-5) will be the #2 seed out of Region 3-AAA and will play Bethlehem Christian Academy in the first round of the GISA Class AAA State Playoffs on Wednesday, February 19, at the Heritage School in Newnan. Tip off is scheduled at 6 p.m. 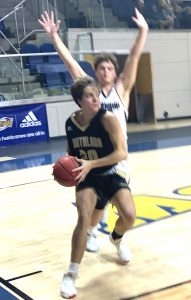 Both Foster and Owen Exley led the Raiders in scoring with 11 points and Adam Smith had five. Landon Law and Nathan Duke each scored four points and McCain chipped in two to round out the Raiders’ scoring.

As for the Warriors, Chapman led them in scoring with 22 points and Harrison Owens poured in 15.

Both teams started out strong in the first quarter, as the score was tied at 5-5 early. After Exley hit a free throw to put the Raiders in front, Chapman knocked down a three-pointer to put the Warriors out in front 8-6. For the remainder of the quarter, both teams traded baskets and BS had a 12-11 lead at the start of the second quarter.

At the 7:00 mark of the second quarter, McCain stole the ball and went the other way to the basket. His layup was no good, but Exley was there for the put back to give the Raiders a 13-12 lead.

However, Chapman knocked down another three-pointer to reclaim the lead for the Warriors. BS was able to get a steal on the Raiders’ next possession and Duke was whistled for an intentional foul. Chapman was unable to hit the free throws, but BS still maintained their 15-13 lead.

Exley responded for the Raiders by driving his way to the basket and tying the game at 15-15. Over the next minute or so, both teams traded baskets, but SA was able to take an 18-17 lead on a three-pointer by Exley. Neither team could generate a big lead for the rest of the first half and both teams went into halftime with BS leading 21-20. 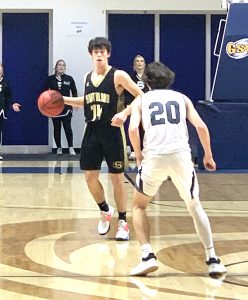 After the Warriors got a basket to start the third quarter, Smith responded for SA by nailing a three-pointer to tie the game at 23-23. Over the next few minutes, both teams traded baskets, but Landon Law was able to get to the foul line and make two free throws to give the Raiders a 28-27 lead with a little over four minutes left in the third quarter. Then with 2:52 to go in the third, Exley used a ball fake to get his defender in the air, allowing him to drive to the basket and get fouled. Exley made one of the foul shots and SA had a 29-27 lead before the Warriors called timeout with 2:45 left in the quarter.

However, with less than two minutes to play in the third, Garrett Ledford knocked down a three-pointer to put BS back in front 30-29. Chapman would later sink two free throws to extend the Warriors’ lead to three at 32-29. Then with 20 seconds left, the Warriors got another basket when Owens got free on an inbounds pass and scored, putting BS up 34-29.

Both teams traded baskets in the closing seconds of the quarter, but the Raiders found themselves trailing 36-31 to start the final quarter.

It was at this point where things began to go wrong for SA.

McCain was called for intentionally kicking a BS player. As a result, he was issued a technical foul and ejected from the game. Both Max Foster and SA Head Coach Rundy Foster were also issued technical fouls. Chapman went to the foul line for the Warriors to shoot six technical foul shots. However, he only made three of them and the Raiders trailed 41-31 with most of the fourth quarter still to be played. 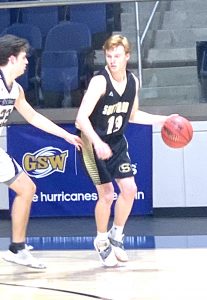 Duke tried to get his club back in the game by driving to the basket and getting fouled. However, he was only able to make one of two foul shots to bring SA to within nine at 41-32. At the 4:58 mark of the fourth quarter, Duke would have another chance at the foul line, but could only make one foul shot.

The Warriors responded when Ledford was able to find Chapman down below for a layup, putting the Warriors up 43-33. Shortly thereafter, the fourth technical of the game was called against the Raiders. This one was against Duke.

Chapman responded by knocking down both foul shots to give BS a 45-33 lead. From this point on, the Raiders were unable to make a comeback, as the Warriors scored six unanswered points to take an 18-point lead.

Though SA still tried to find a way to crawl back in it, it ended up being the Warriors’ night. BS went on to win 56-37 to claim the Region 3-AAA Championship.

Lady Raiders use 12-4 run in second half to…