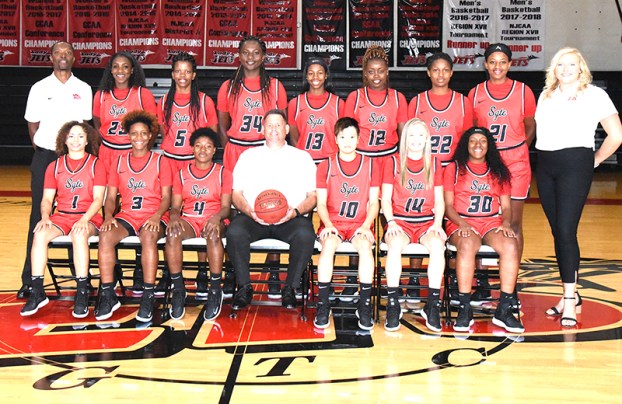 The 2019-2020 South Georgia Technical College women’s basketball team finished the regular season as the GCAA regular-season champions and will host the GCAA semifinals and finals at the Hangar Friday and Saturday, February 28-29. Photo by Su Ann Bird

AMERICUS – The South Georgia Technical College (SGTC) Lady Jets captured their fifth consecutive Georgia Collegiate Athletic Association (GCAA) conference title and finished the season with an undefeated conference record for the second consecutive year. It is only the third time in the history of the program that an SGTC women’s team has managed to finish up with a perfect conference record. 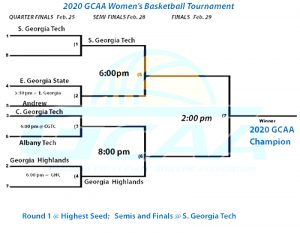 This is a picture of the Georgia Collegiate Athletic Conference (GCAA) Tournament bracket.
Photo by Su Ann Bird

The winners of those games will advance to the semi-final round at SGTC on Friday, February 28. The Lady Jets will play the winner of the East Georgia State/ Andrew College game at 6 p.m. on Friday and then Georgia Highlands will take on the winner of the Central Georgia Tech/Albany Tech game at 8 p.m. in the Hangar.

The Lady Jets are currently 17 – 0 in the conference and are 35 – 0 in the conference for the past two seasons. They are also looking for their fourth consecutive NJCAA Region XVII tournament title and the opportunity to advance to the NJCAA National Tournament. The Lady Jets have been to the NJCAA National Tournament five of the last six years under head coach James Frey.

AMERICUS – From time to time throughout the year, the Americus Times-Recorder would like to highlight the successes of our... read more