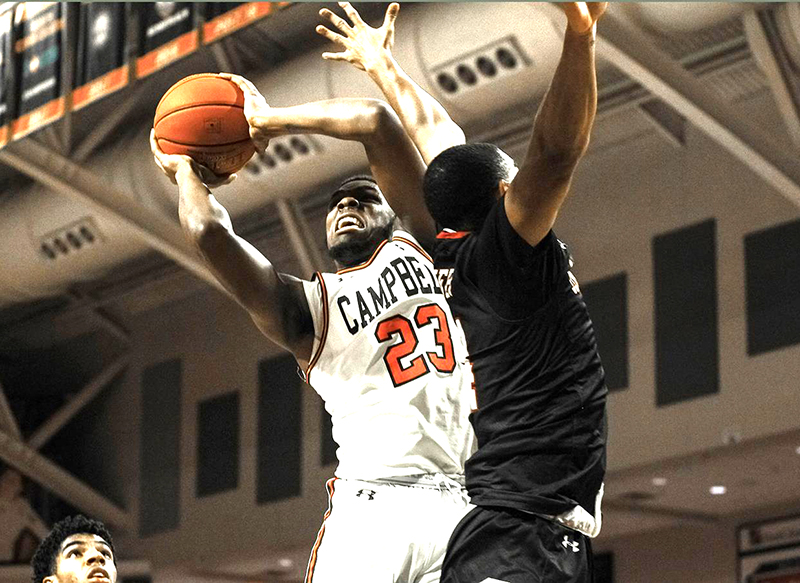 AMERICUS – From time to time throughout the year, the Americus Times-Recorder would like to highlight the successes of our numerous former high school athletes who are currently excelling at the college level.

This past weekend, former Americus-Sumter basketball star Joshua Lusane turned in a solid performance for the Fighting Camels of Campbell University (CU) in front of a group of about 30 family members and friends who made the trip up to Boiling Springs, NC to see him play against Gardner-Webb University on Saturday, February 23. Though CU suffered a 73-61 defeat, Lusane played extremely well. According to information on the CU athletic website: www.gocamels.com, in 22 minutes of action, the current CU freshman forward scored eight points, pulled down seven rebounds and dished out one assist in the game. Most of his points came from the free-throw line, where he was a perfect 6 for 6. In the Fighting Camels’ 66-51 victory at Charleston Southern University on Friday, February 20, the former Americus-Sumter standout scored eight points, dished out four assists and pulled down two rebounds. Lusane also had two steals and two blocked shots on the day. 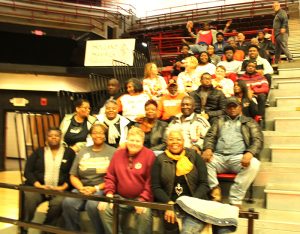 A group of Joshua Lusane’s family and freidns made the five-hour drive to Boiling Springs, NC to see the former ASHS star play basketball for Campbell University.
Photo by Ken Gustafson

The Fighting Camels are currently 14-15 on the season and will play their final regular-season home game on Saturday, February 29, against the University of North Carolina-Ashville at 4:30 p.m. Lusane and the Fighting Camels will then compete in the Big South Conference Tournament the following week, with the winner getting an automatic bid to the NCAA Division I Men’s Basketball Tournament. 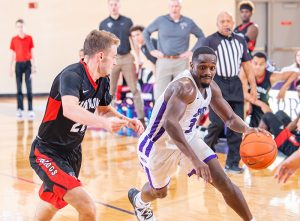 Another former Americus-Sumter hoop star is having a stellar season as well. Dwight Harris Jr., the son of Sumter County Parks and Recreation Department Manager Dwight Harris Sr., is a redshirt senior guard who starts for Spring Hill College in Mobile, AL. According to the school’s athletic website, www.shcbadgers.com, Harris is averaging 11.3 points per game and 4.8 rebounds per game. He also has a total of 32 steals on the season.

The Badgers (8-19, 7-11 SIAC) will play their last regular-season home game against Tuskegee University on Tuesday, February 25, at 8:30 p.m. EST. They will then compete in the Southern Intercollegiate Athletic Conference (SIAC) Tournament. Should they come out as tournament champions, they will get an automatic bid to the NCAA Division II Men’s Basketball Tournament. 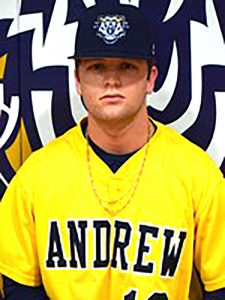 Another former area student-athlete is getting the job done on the diamond. Former Schley County standout pitcher Lorne Barineau, who helped lead the Wildcats to the GHSA Class A-Public State Finals a year ago, is now pitching for Andrew College (AC) in Cuthbert, GA. According to the school’s athletics website, www.andrewfightingtigers.com, in six appearances so far this season, Barineau has a record of 3-0 with two saves in 5.2 innings pitched and has struck out four batters. 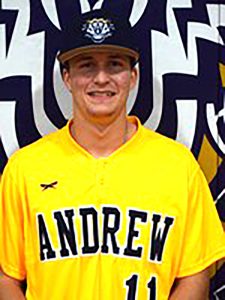 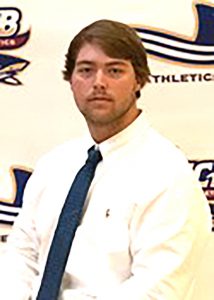 Another former Schley County baseball standout is having a fine start to his junior year at the University of South Carolina Beaufort. According to USCB’s athletic website, www.uscbathletics.com, Clint Sellers is currently batting .313 with five hits and six RBIs. Sellers’ college teammate, sophomore Harrison Bell, had a stellar career at Southland Academy. Bell has currently pitched a total of five innings for USCB, giving up nine hits and striking out five batters. 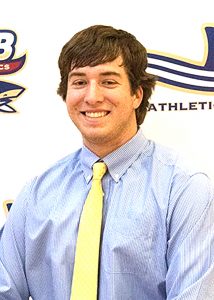 Former Southland Academy star and current USCB sophomore pitcher Harrison Bell has given up nine hits while striking out five batters on the young season.
Photo by USCB Athletics

Throughout the year, the Americus Times-Recorder will bring more updates on the exploits and successes of our former high school student-athletes as they continue to excel in intercollegiate athletics.