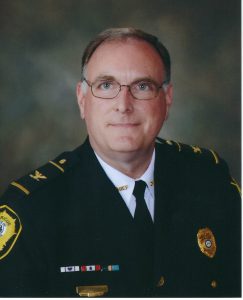 We are two months in to 2020 and as we look forward to the beginning of a new decade, I can’t help but reflect on the events that helped to bring us here.  August of 2019 marked 30 years as a police officer for me and there have been a lot of changes in our profession during that time.  When I started this career journey in 1989, crack cocaine use was becoming epidemic and the national focus for law enforcement was the “war on drugs”.  In Thomasville, we were actively working to arrest drug dealers, but we were also being trained on the concept of Community Oriented Policing.  Computers were just coming on the scene and our city was one of the first in South Georgia to install a computer system to electronically store information.  Patrol officers like me weren’t allowed to use it, but I did get to go in the computer room once.  The computer filled the room and looked quite impressive.  It probably had about a tenth of the computing power of the smart refrigerator we have at home today.

During the first twenty years of my career, technology began to change how we did business.  We got video cameras in our patrol cars and started using laptop computers to write reports rather than pen and three-part carbon paper.  In the last ten years, technology in law enforcement has increased exponentially.  Every officer now has a body camera.  All our data is stored electronically, and officers can run a tag, swipe a license, and print out a traffic ticket in just a few minutes.  There are video cameras everywhere and facial recognition software can identify a suspect almost instantly.  We can now get DNA from just the smallest amount of trace evidence and scientific advances are allowing us to go back and solve serious cases from decades past.  With all the technological advances this past decade one thing that has not changed is the imperative that police departments focus on the needs of the community and actively work to build community trust and support.  In fact, it is more important now than ever.  We’ve made a good start, but trust and respect are not something that you can earn one time and then put on a shelf to have forever.  They must be earned continually.

I encourage everyone to take a look at the 2019 Americus Police Department Report to the Community that we published last month.  It is available as a downloadable PDF file on our web site, www.americusga.gov/police-department, and on our Facebook page.  The report details some of our major accomplishments from last year such as achieving national accreditation.  It also gives a detailed look at our crime statistics.  I realize that public perception (particularly on social media) is that crime is rampant in Americus and across the nation, but in reality, our crime numbers are way down.  We are happy to report that the number of serious crimes reported in 2019 is the lowest it has been since 1988.  That’s right, we hit a 30-year low in serious crime last year.  We also showed a marked increase in the number of drug arrests and other officer-imitated enforcement activity as we were able to fill many of our vacancies.

While we have made a lot of progress as a community, there is still much work to be done.  We continue to ask that the community continue to work with us to make Americus and Sumter County as safe and prosperous community.