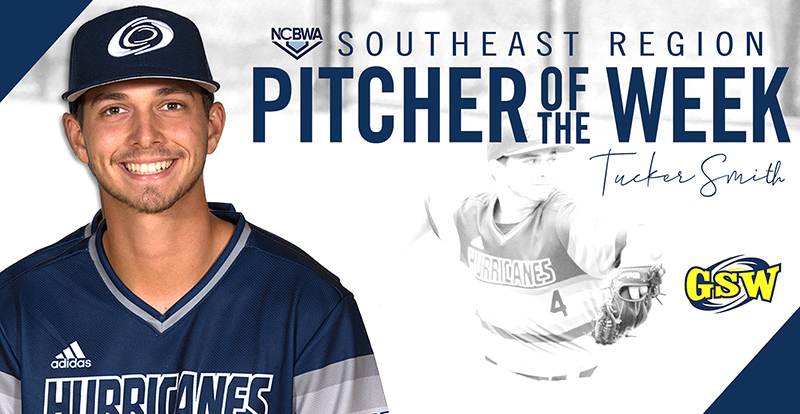 AMERICUS, GA – Georgia Southwestern State University senior right-hander Tucker Smith has been named the Southeast Region Pitcher of the Week by the National Collegiate Baseball Writers Association (NCBWA). The announcement was made on Tuesday afternoon, February 26.

In his lone appearance last week, the reigning Peach Belt Conference (PBC) Pitcher of the Year pitched a complete-game shutout in a 2-0 win over Young Harris College on Saturday, February 22. Smith scattered nine hits and one walk while striking out eight to extend his scoreless streak to 16 2/3 innings, all against conference opponents. His complete game was one of only five in the PBC so far this season and the second complete-game shutout. He has a 0.00 ERA in two conference starts and is ranked sixth in strikeouts in PBC games. This is the first NCBWA weekly award earned by a GSW player.