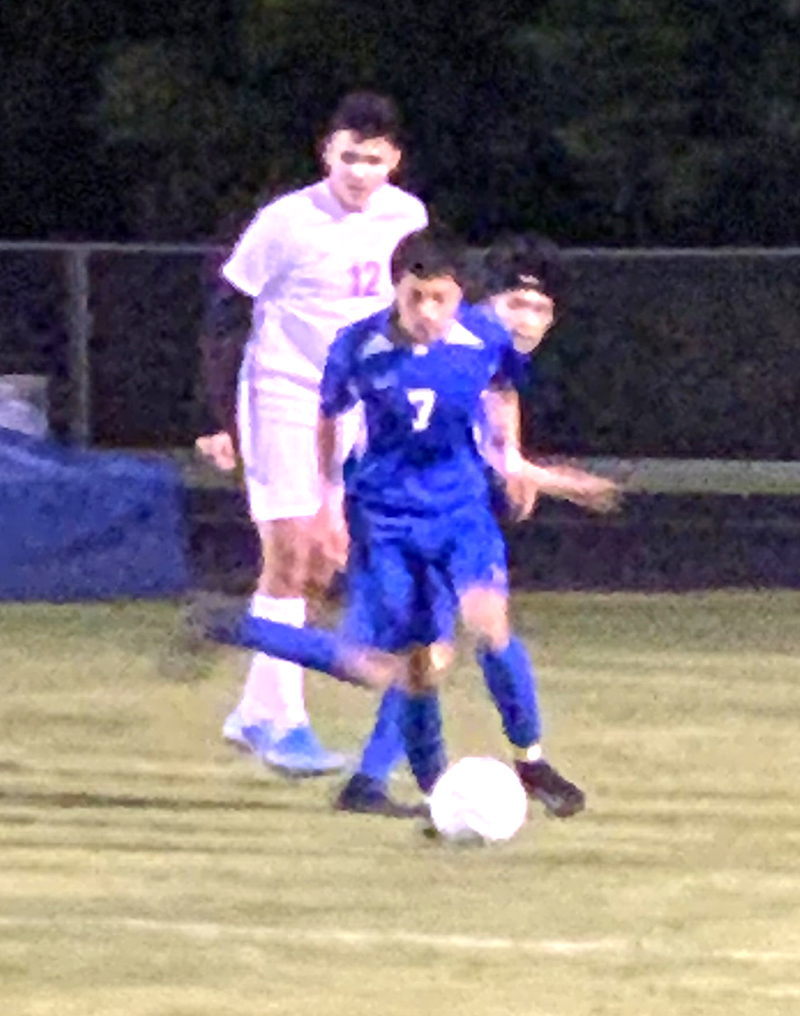 Americus-Sumter forward Jesus Rodriguez (7) scored the winning goal late in the game to give the Panthers a 4-3 win over Dougherty. Photo by Ken Gustafson

AMERICUS – The Americus-Sumter boys’ varsity soccer team came into their Region 1-AAAA match against Dougherty Comprehensive High School (DCH) with the goal of making amends from last year’s embarrassing 7-0 loss at home to the Trojans.

The Panthers showed both their improved mental and physical toughness, as they were able to earn a hard-fought 4-3 victory over DCH on a goal by Jesus Rodriguez with about eight minutes left in regulation.

According to ASHS Head Coach Felix Jimenez, the Panthers were able to pull off the victory because they had the mental toughness to do so, along with the capacity to get it done.

“It was a tough match. I knew that they have a very good team too, but we had the mentality today because they beat us two times last two seasons,” said Jimenez. “This is the day that we’re going to take it over and we did it today. We had the mentality and the capacity to beat them too and we did it. I’m really proud of my players today.” 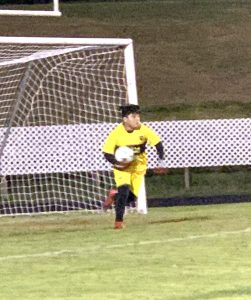 Americus-Sumter goalkeeper Edgar De La Cruz came up with some crucial saves in the Panthers’ 4-3 win over Dougherty.
Photo by Ken Gustafson

With the win, the Panthers improve their overall record on the young season to 1-2 and they are 1-1 in Region 1-AAAA.

ASHS got off to a great start as Alexis Vasquez scored early in the match on a header off a corner kick from Victor Rodriguez. Shortly thereafter, the Panthers doubled their lead to 2-0 when Kevin Abarca sent a low shot past the DCH goalkeeper. Later on in the first half, Vasquez scored his second goal of the match off a corner kick by Victory Rodriguez. The ball found its way to Vasquez, who promptly sent it passed the DCH goalkeeper to give the Panthers a 3-0 lead.

However, the Trojans did not quit as William Cortez scored the first goal of his hat trick (three goals in one game) to pull DCH to within two goals at 3-1 at halftime. 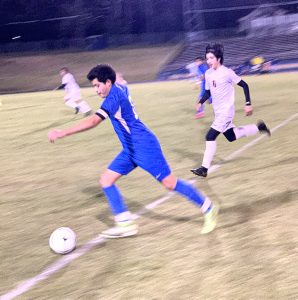 In the second half, the Trojans made a comeback as Cortez scored two more goals to tie the match at 3-3. The Panthers had at least two chances midway through the second half to take the lead, but both shots, including the second one from Victory Rodriguez, hit the left post.

Throughout the match, both teams had numerous chances to score more goals as they run of play was fairly even. However, on at least two occasions, ASHS goalkeeper Edgar De La Cruz came up with big saves to keep the Panthers in the game. 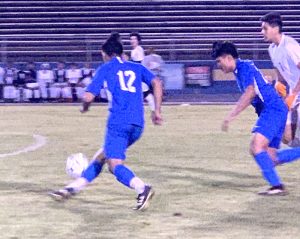 With about eight minutes to play in the match, ASHS midfielder Roberto Duque was able to get the ball inside the 18-yard box and fired a shot that went off the hands of the DCH goalkeeper, but fell right in front of Jesus Rodriguez. Rodriguez promptly blasted the ball into the net to give the Panthers what would end up being the winning goal. 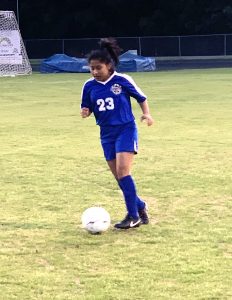 Americus-Sumter’s Dulce Morgan advances the ball up the field for the Lady Panthers in their match against Dougherty.

While the Panthers were able to pull out an exciting victory, the Lady Panthers were not as fortunate as they fell 4-0 to the Lady Trojans. In spite of the loss, head coach Lisa Calkins is encouraged by the improvement that her squad has made. 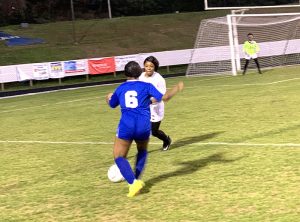 “Honestly, I think that my girls are improving every day,” said Calkins. “They’re not playing bad. They just have to talk more. Once they do that, I think they got it. We’re a really new team. We lost a lot of seniors last year, so it’s just a matter of them talking and I think in the three games they’ve played, they have improved drastically.” 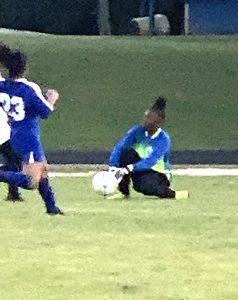 ASHS goalkeeper Na’Tiya Mahome comes out and makes a save.
Photo by Ken Gustafson

The Trojans got three goals from Jennifer Baltazar and one from Gala Marcus to seal the victory. Heidi Moreno nearly had an opportunity to score for the Lady Panthers, but was not able to get the shot off due to the defense of the Lady Trojans.