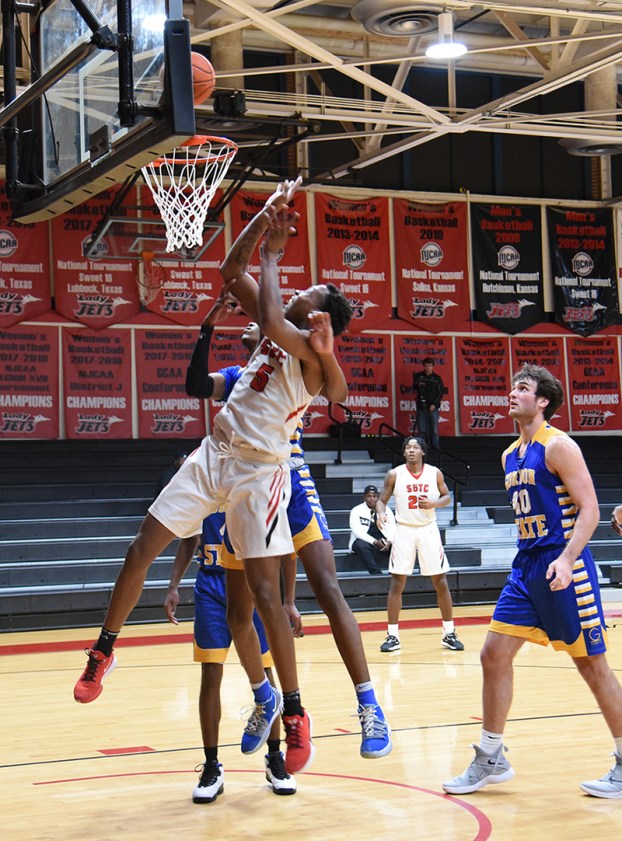 AMERICUS – The South Georgia Technical College Jets came away with a 71 – 61 victory over Gordon State College (GSC) on Saturday, March 3, at the Hangar. The Jets have now won three of their last four games in the regular season and finished the year in seventh place in the Georgia College Athletic Association (GCAA) standings. SGTC is now 6 – 10 in conference and 13 – 17 overall.

As the seventh ranked team in the GCAA for the 2019 – 2020 season, the Jets will advance to the NJCAA Region XVII Tournament quarterfinals and will travel to Rome to take on the second-place Georgia Highlands team. That game will kick off at 7:30 p.m. on Tuesday, March 3. The winner will advance to the semi-final round, which will be held at the highest remaining seeded team on Saturday, March 6, at 8 p.m. The finals will be on Sunday, March 7, at 3 p.m.

Central Georgia Tech finished the regular season in the number one spot and they will take on eighth-seeded East Georgia State at 7 p.m. on Tuesday, March 3. In other games, fourth-ranked Albany Tech will host fifth-seeded Andrew College at 7 p.m. and third-ranked South Georgia State College will host sixth-ranked GSC. Only the winners will advance to the next round.

The Jets started off the night against GSC on a good note as they went up 41 – 26 at the end of the first half. That 15-point lead gave the Jets the cushion they needed to secure the 71 – 61 victory.  SGTC lost to GSC 53 – 50 in overtime in their first match-up this season.

Sophomore Justin Johnson led the Jets in scoring with 17 points, eight rebounds, two steals, one assist and one blocked shot. He was the only member of the Jets to score in double-digits. Sophomore Jaylan McKinney posted up nine points and Jonathan Kanyanga and Jarius Carroll both added eight points each. Kanyanga also pulled down five rebounds and had three blocked shots.

The Jets will be hoping to improve on their seven place seed by upsetting Georgia Highlands in the first round of the NJCAA Region XVII tournament. SGTC and Georgia Highlands have met twice this season. In the first game, GHC took a 73 – 66 win in Rome and defeated the Jets 70 – 66 in Americus in mid-February.

The Jets are only averaging 74 points per game and are shooting 41 percent from the field. They have hit 31 percent of their three point attempts and are a 67 percent free throw shooting team. They are also averaging 36 rebounds a game.

AMERICUS – After their dramatic and hard-fought 4-3 victory over Dougherty on Thursday, February 27, the Americus-Sumter Boys Varsity Soccer... read more