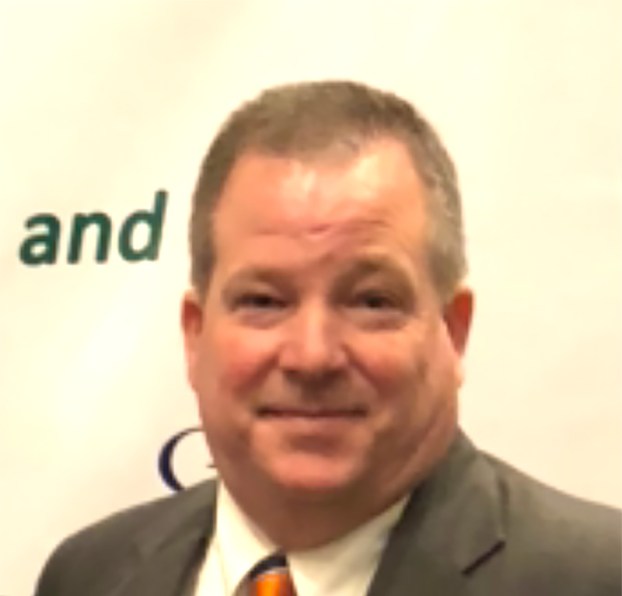 Tim Estes is the Executive Director of the Sumter County Parks and Recreation Department. To contact him, call 229-924-4878 or email him at Tim.estes@sumtercountyga.us. Submitted Photo

AMERICUS – The Sumter County Parks and Recreation Department (SCPRD) is nearing completion on a new lighted, covered batting cage area at the Sumter County Regional Park. This project was a part of the 2014 SPLOST referendum that was approved by the citizens nearly six years ago. The project includes a 3,000 square-foot concrete pad that is 60’ x 50’. It will have a metal building frame with a gabled roof and it will have LED lighting and electrical outlets built into the concrete pad so that the pitching machines can be plugged in directly under the machines. The concrete pad will be covered with 35-ounce unpadded synthetic grass. The project was allocated $75,000.00 through the SPLOST funds and the winning bid on construction came from HRA Construction of Americus in the amount of $74,775.00.

As SCPRD Executive Director, I acted as the General Contractor on the project and I’ve worked diligently to keep the costs within the allocated budget. When fully completed, the total amount of the project will exceed $80,000.00, with $75,000 coming from SPLOST funds and approximately $5,000.00 coming from the department’s operating budget. The reality of this project is that the original amount of $75,000.00 would have built the project in “turn key” fashion in 2015 or even 2016, but this project was one that wasn’t considered a high priority project at the time and in 2020, the costs of construction will cause us to exceed that amount. However, the end result will be a huge benefit to the patrons of the baseball program in Sumter County. Now, within the same footprint of these three batting cages that will be completely under roof, there is also a bull pen area featuring concrete pads and portable mounds, as well as concrete pads for the catchers with rubber matting along with a long concrete pad that is divided into three sections by chain link fence for soft toss. For their final projects, two Eagle Scout candidates completed the Bull Pen area and the soft toss area.

We will have an incredible training facility for our youth in Sumter County and we will now be able to allow our teams, and any individuals who desire to do so, to get their work outs in even during inclement weather. The public/private partnership between these Eagle Scouts and the Sumter County Board of Commissioners to develop this area adjacent to the five field championship fields at the Regional Park has given Sumter County a first class youth baseball facility that can rival any facility in South Georgia.

The entire Sumter County Regional Park has been a testament to the benefit of SPLOST funds. This property, which in total is 228 acres, was purchased and originally developed with the very first SPLOST referendum in 1994-95. The original SPLOST allowed for land acquisition and development of the entrance road and parking lot, along with a maintenance building and five championship fields. Since that time, the voters of Sumter County have continued the SPLOST with additions to the park that have included five practice fields, two football fields, the batting cage area, a 3.1 mile nature trail and an 18 hole disc golf course. Most recently, in 2019, the voters approved the continuation of the existing SPLOST and Sumter County will construct an additional football/soccer field, a paved, lighted walking path that encircles those three fields and a lighted, covered stage to act as an amphitheater. This project is expected to create a hub of community events throughout the year.

Tim Estes stands next to his wife, Tammie Estes. Tim is the Executive Director of the Sumter County Parks and Recreation Department. To contact him, call 229-924-4878 or email him at Tim.estes@sumtercountyga.us.