Cochran and Smith Named to PBC Team of Academic Distinction 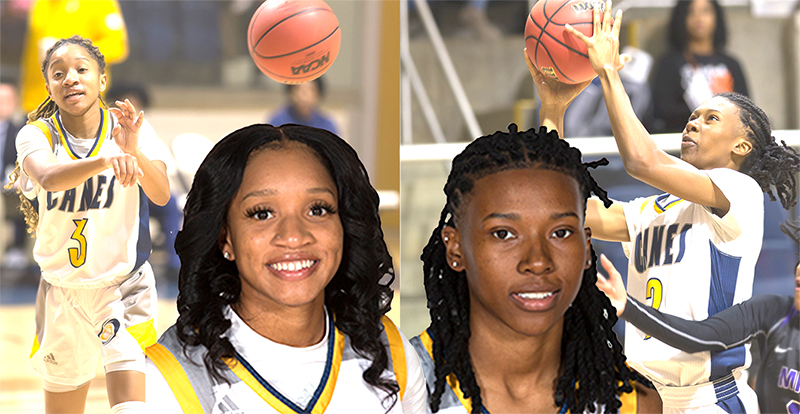 Cochran, a senior from Shreveport, LA, is an Exercise Science major who is carrying a 3.357 GPA. She currently leads the team in foul shooting (83.3 percent) and three-point shooting (32.6 percent), while averaging 3.7 points per game and 1.1 assists per game. Cochran has also gotten it done on the defensive end of the floor as she is averaging 0.8 steals per game. Cochran appeared in 20 games this season and made three starts.

Smith, a senior from Covington, GA, is a Criminal Justice major who is carrying a 3.644 GPA. She leads the team with 0.7 blocks per game and averages 3.4 rebounds per game, while shooting a team-high 47.6 percent from the field. Smith played in 24 games this season and made five starts.

To be eligible for the All-Academic team, a student-athlete must participate in at least half of his/her team’s events and be either a starter or significant contributor. The student-athlete must also have achieved a 3.30 cumulative GPA on a 4.0 scale and they must have completed at least one full academic year at his or her current institution and reached sophomore athletic eligibility. The Peach Belt Conference Sports Information Directors oversee the program.