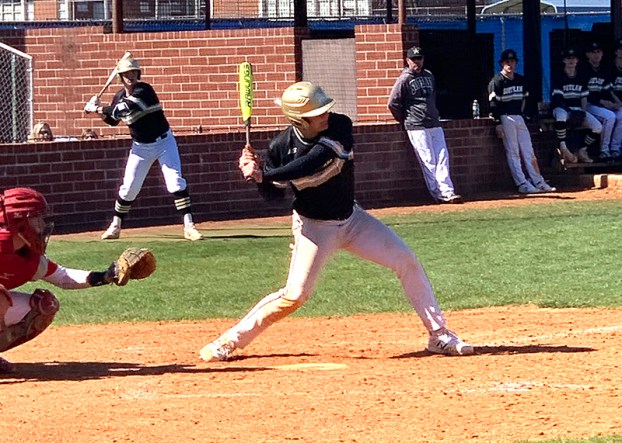 AMERICUS – After their 7-3 loss at Glenwood Academy in Alabama back on Saturday, March 7, the Southland Academy Raider Baseball Team is on a two-game winning streak. The Raiders manhandled Crisp County (CC) 12-1 on Tuesday, March 10 and followed that up with a 10-0 shutout of Southwest Georgia Academy (SGA) the nest day.

In the win over CC, Hunter McCain drove in five RBIs as he went 2-for 4 at the plate with two home runs. Adam Smith also had a strong day at the plate by going 2 for 3 with two RBIs.

In the win over SGA, the Raiders got a strong outing from starting pitcher Chase Ledger. Ledger pitched six scoreless innings, giving up no runs on four hits and striking out four. In this game, McCain had another big day by going 3 for 4 with a home run and four RBIs. McCain’s teammate, center fielder Clay Owens, also had hot bat. Owens went 3 for 4 with one RBI and three runs scored.

The big inning for the Raiders came in the bottom of the sixth, as they were able to push seven runs across the plate.

Up next for the Raiders (5-1) is a road trip to Pinehurst, GA to take on Fullington Academy on Monday, March 16. First pitch is scheduled for 4:30 p.m.