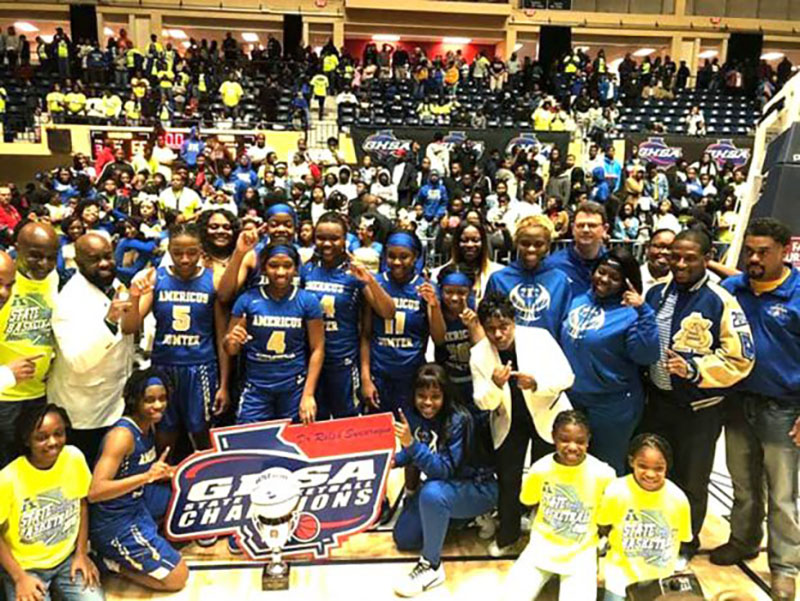 The Americus-Sumter Lady Panther basketball team poses with their state championship trophy after defeating Troup 66-52 to win the GHSA Class AAAA State Championship. A parade and community celebration in their honor had been planed for Monday, March 16, but has been postponed until a later date. ATR Archive

AMERICUS – A parade through downtown Americus to honor the Americus-Sumter Lady Panthers basketball team for winning the state championship, along with a community celebration at the Americus-Sumter High School gymnasium, have both been postponed due to concerns regarding the spread of the COVID 19 Corona Virus.

The parade had been scheduled for Monday, March 16, at 7 p.m., with the celebration to follow. Both events will be rescheduled at a later date.

This is all part of Georgia Governor Brian Kemp’s recommendation to suspend large event gatherings.

In addition to the parade and community celebration being postponed, a celebration dinner to be hosted by Phoebe Sumter Medical Center in honor of the ASHS state champions has been postponed as well.