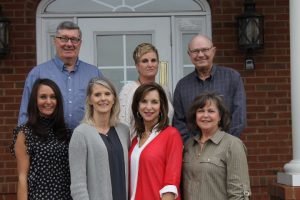 Ronnie Greer, Broker announced the 2019 year end award winners for Century 21 Americus Realty, Inc. recently held at the Georgia State Annual Awards Ceremony in Columbus, GA on March 14, 2020.   The following agents were recognized for their outstanding level of real estate business excellence within the Century 21 system.  Ronnie Greer, Broker stated that he is so proud of their achievements and thanks each one for their dedication and giving 121%.

Mary Kathryn Davis was recognized as the 2019 Number 1 Sales Associate in Georgia by transactions sold.