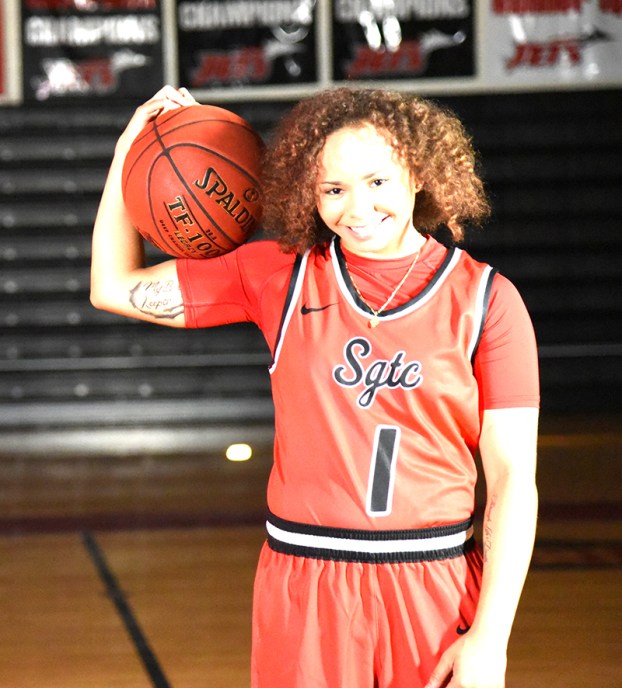 “I am so proud of Shamari Tyson,” said SGTC Lady Jets’ head coach James Frey.  “The sky is the limit for this young lady. I am so appreciative that she transferred to South Georgia Technical College for her sophomore season and that she trusted us and became a part of the Lady Jets family. I am certainly going to miss her.”

Tyson took the time to thank God and her support system. “I would just like to thank God for everything I have. Without him, I am nothing. From the day I stepped on the basketball court, I dreamed of playing Division I basketball. I had obstacles to overcome to realize this dream. This year has been a great opportunity for me and I am forever grateful,” said Tyson. “Now that the process is officially over, I would like to thank my support system for everything they do,” added Tyson. “I especially want to thank my parents, my family, friends, my teammates, and my coaches. I am hours away from my parents but they never let me feel alone. My teammates made my better. My coaches at SGTC pushed me to be great. Coach Frey, I definitely thank you for believing in me and giving me the opportunity to better myself as a person and a player. I would also like to thank all of my SGTC supporters.”

The 5’4” sophomore guard from Fort Wayne, IN transferred to SGTC from SE Illinois College for her sophomore season.  She was a third team NJCAA All-American in 2019 and earned NJCAA second team All-American honors this season for her performance on the court. Tyson was also selected as the overall Georgia Collegiate Athletic Conference (GCAA) Player of the Year and won the GCAA Player of the week nomination four different times.  She was also a GCAA All-Academic team member this season.

Tyson, Wazeerud-Din and the other four sophomore’s helped lead the Lady Jets to a record setting 30 – 2 overall record and helped lead SGTC to the program’s fifth consecutive GCAA regular season championship. They were also instrumental in helping lead the Lady Jets to their fourth straight NJCAA Region XVII Tournament title and fourth consecutive District J championship. The Lady Jets also earned the right to advance to the NJCAA National Tournament in Lubbock, TX.  However, the tournament was cancelled due to the COVID-19 pandemic.

In addition to her previously mentioned accolades, Tyson was made the GCAA All-Academic Team this past season.

The SU women’s basketball team will now have SGTC’s two NJCAA All-Americans to help them in the 2020-2021 season. This past season, the Lady Hatters finished 12-18 overall and 6-10 in the Atlantic Sun Conference.

Nieves returns to Americus to play for GSW