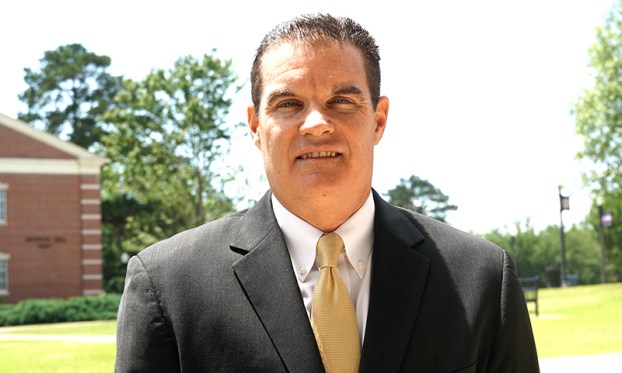 AMERICUS – Georgia Southwestern State University reports that Athletic Director Mike Leeder has announced his resignation to take the same position at Arkansas Tech University (ATU), an NCAA Division II school in Russellville, Arkansas. Leeder has been at GSW for a total of 17 years and served as the men’s head basketball coach for 10 years prior to being named the university’s athletic director.

“I would like to thank Dr. Michael Haynes for hiring me as the men’s head basketball coach as we transitioned from the NAIA to NCAA Division II, to Dr. Kendall Blanchard for having this belief in me that I could run the athletics department when he allowed me to assure the role of director of athletics in 2014, to Dr. Charles Patterson for allowing me to pursue the director of athletics position full time and allowing me to step away from role as head men’s basketball coach in 2016, and finally to Dr. Neal Weaver, who has no doubt prepared me for this opportunity at Arkansas Tech,” said Leeder. “I respect him (Dr. Weaver) as my boss, but I value him as a friend. His leadership the past three years has had a significant impact on our competitive success in athletics and I am greatful for all that he has done for the university.”

Leeder spearheaded changes in the department that have greatly improved the student-athlete experience since transitioning to director of athletics in June of 2014. He cultivated several new corporate partnerships that aided in the funding of capital improvements that include new scoreboards for the baseball and softball fields, resurfacing of the tennis courts, the purchase of a Mercedes-Benz van for the golf team’s travel, refurbishing of the playing surface for men’s and women’s basketball and stadium lighting at the soccer field, which culminated with the first home night match in school history on Sept. 5, 2018.

This past school year, a lighting and sound system upgrade was completed in the Storm Dome to enhance the fan experience at home basketball games and construction began on an indoor baseball and softball hitting facility that will be completed in the upcoming weeks.

“I have had the chance to work with so many great coaches and staff that it would be impossible to list them all,” Leeder said. “However, Christie Ward (associate director of athletics), Debra Sloan (administrative assistant) and Keith Michlig (assistant director of athletics) have been with me all six years I have served as director of athletics and their contributions have led to unprecedented success for Hurricane Athletics in the classroom, in the community, and on the competitive field of success. We added Nicki Levering (Head Softball Coach) to the administrative team three years ago and she has been wonderful as well.”

Under Leeder’s watch, several programs have experienced unprecedented competitive success during the University’s NCAA Division II era. According to Golfstat computer rankings, as well as the Golf Coaches Association of America coaches poll, the GSW Men’s Golf Team closed out the 2019-20 season ranked No. 1 in the country. The softball team set a program record in 2019 for the most Peach Belt Conference wins in a season and advanced to the conference championship game for the first time in school history. The 2019 baseball team generated the most league wins in a season and fell a tiebreaker short of advancing to the conference championship game and the 2019 women’s cross country team turned in its best finish at the Peach Belt Conference Championship. All of these successes in GSW intercollegiate athletics took place during Leeder’s guidance as athletic director.

GSW student-athletes have ranked amongst the nation’s best in regards to community service during Leeder’s tenure. With a department-wide emphasis on community engagement, GSW finished third nationwide in the Team Works/Community Service NCAA DII Competition during the 2018-19 academic year.

Academically, the athletic department continues to reach historic levels for the University. In 2018-19, a school-record 103 athletes landed on the Peach Belt Conference honor roll. That number signifies a 45 percent increase from 2013-14, the year prior to Leeder’s start as athletic director.

“My family and I will miss so much about GSW and we are indebted to the Americus and Ellaville communities that embraced us after moving here from Virginia in 2003,” Leeder said.

An accomplished coaching and leadership career facilitated Leeder’s successful transition to administration. Under his guidance on the hardwood, the Hurricanes spent 13 weeks ranked in the NABC National NCAA Division II Men’s Basketball Coaches Poll. Leeder steered the program to a pair of NCAA Division II National Tournament appearances, with the first coming in the school’s second year of NCAA postseason eligibility. This earned him the 2010-11 Peach Belt Conference Coach of the Year award. GSW placed 12 players on the Peach Belt All-Conference men’s basketball team during Leeder’s tenure and he coached two PBC Freshmen of the Year, one PBC Player of the Year, 10 PBC Players of the Week, and GSW’s first All-American in any sport during the department’s NCAA era.

“Finally, I want to thank Coach Randolph Barksdale for all of his guidance and friendship during my time here at GSW,” Leeder added. “Outside of my father, no person in my life has had the impact that Coach has had. I’m not sure how things would have turned out for my family if we hadn’t crossed paths 25 years ago, but I’m glad I don’t have to find out. He is the best.”

Leeder begins his new position as ATU’s director of athletics on July 1. With an enrollment of more than 12,000 students, ATU is Arkansas’ third largest university.

Ken’s Column: Bored with no sports on television? Turn to YouTube

Obviously, the Coronavirus Pandemic has been extremely tough on all of us. According to the Georgia Department of Public Health,... read more