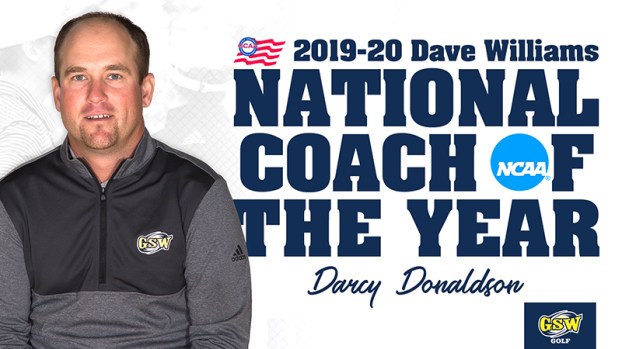 The Hurricanes won four tournaments in 2019-20, including three of their last four, and finished in the top four of all seven events played. GSW controlled the No. 1 spot in the Golfstat computer rankings since October 23, 2019 and closed out the year as the top-ranked team in the GCAA Bushnell Golfweek Coaches Poll.

Led by Peach Belt Conference Player of the Year Vincent Norrman, the Hurricanes had three players named to the PBC All-Conference and All-Region teams. Norrman and Saksit Jairak were also named GCAA All-Americans and Simon Estrada received All-America honorable mention. Norrman, the top-ranked golfer in Division II, was also selected to represent the international team for the 2020 Arnold Palmer Cup and is a finalist for the Jack Nicklaus National Player of the Year Award to be presented in July.

The Hurricanes’ 284.25 team stroke average was the lowest in PBC history by over three strokes.

AMERICUS – For the first time in three and a half months, a local sports team finally took the field,... read more