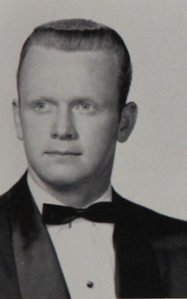 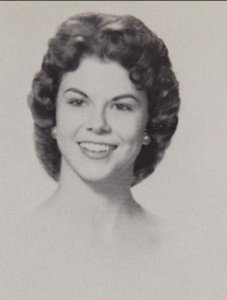 Donald Melvin Tye passed away on Tuesday, April 21, 2020, followed by his beloved wife Cynthia Lou (Finch) Tye on Thursday, April 23, 2020.
Donald was born to Melvin Leonidas Tye and Martha Gladys Wall in 1943 in Americus, Georgia. Donald attended Americus High School, where he was football team co-Captain and was honored by selection to Georgia All-State in 1961. Donald received a football scholarship to Wake Forrest University, but completed his bachelor’s degree at Auburn University.
Cynthia Lou Finch Tye, born 1943 in Americus, was the eldest child of Wilson Peoples Finch and Neva Katherine Helms. After graduating from Americus High School, Cynthia attended Brenau College. Cynthia was active in the Alpha Delta Pi sorority there and at Auburn University, where she completed her bachelor’s degree. While attending Auburn, Cynthia was voted Miss Auburn in 1963.
Donald and Cynthia married on June 12, 1965. As they continued their journey in life across the globe, Donald chose to serve in the US Air Force, where he was awarded a purple heart. After being honorably discharged as a Captain, Donald had a highly successful career in management for General Dynamics and then Lockheed Martin. He retired as Director of the Lockheed Martin F-16 Foreign Military Sales maintenance parts program. After their marriage, Cynthia was an elementary school teacher for two years, but spent the majority of her career in fashion, managing several retail clothing stores.
After retiring from Lockheed Martin, Donald pursued varied interests, but was also the primary care giver for Cynthia, who had suffered a debilitating brain tumor. Vowing never to be separated, their love indeed kept them together until their passing. Donald and Cynthia are survived by their daughter, Kirsten Tye. Donald is survived by his sister, Betty Jones of Americus; brother, David Tye of Fredericksburg, Virginia; and sister-in-law, Barbara Ann Tye of Greensboro,NC. Donald was predeceased by his sister, Joyce Downs of Macon, Georgia; and brother, Leon Tye of Greensboro, North Carolina. Cynthia was predeceased by her brother, Wilson (Wick) Finch.
Due to the current pandemic, a memorial service will not be held until later this year. A notice will be posted well in advance. They will be laid to rest as requested. In lieu of flowers, donations can be made to Habitat for Humanity (an organization to which Cynthia donated when she was able) and to the Refugee and Immigrant Center for Education and Legal Services (RAICES) in Donald’s memory.