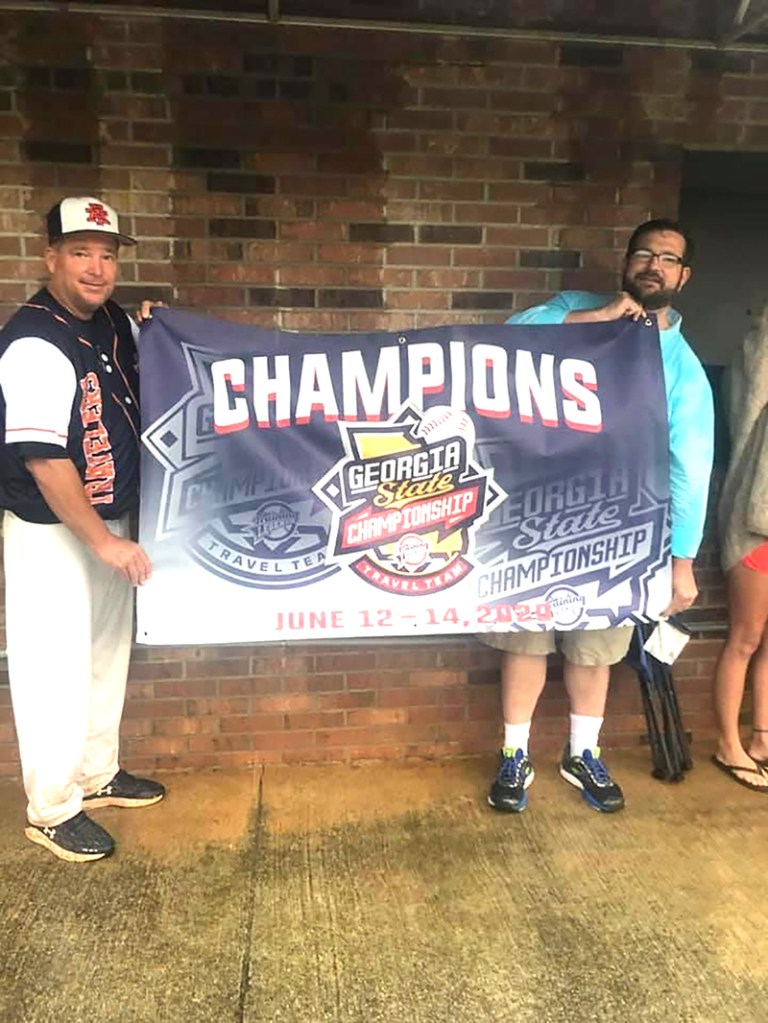 POWDER SPRINGS, GA – The Americus Travelers 15U Baseball Team (ATB) got their abbreviated summer season off to a great start by winning four of five games and securing the championship of the Training Legends Georgia State Tournament this past Saturday and Sunday, June 13-14, at Praise Academy in Powder Springs, GA.

“While we would have preferred to have won that championship game on the field and enjoyed all of the excitement that goes with a championship, we understand that this is how the events work,” said ATB Head Coach Tim Estes. “Our team earned their opportunity to be in this position by playing good baseball throughout the tournament. I’m proud of their effort and hope we will continue to play well for the remainder of the summer.” 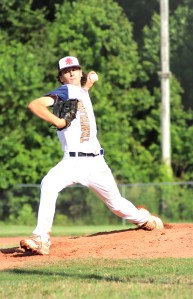 Americus Travelers pitcher Owen Lamb struck out six batters in the Travelers’ 4-3 loss to the Cartersville Purple 15U team at the Training Legends Georgia State Tournament this past weekend.
Photo by Angel Lamb

Estes was particularly impressed with the performance of his pitching staff in this tournament, especially during the team’s three games on Saturday. “I was really pleased with out pitching staff today (Saturday, June 13),” said Estes. “Owen Lamb and Landon Kight looked great in Game 1. Tripp Thomas and Thomas Willis were phenomenal in Game 2. They both hit their spots well. We struggled a little in Game 3 against a very good Titans squad, but Chase Ledger came on to close the door and was lights out in the final inning.”

The Travelers’ first game of the tournament did not go as planned, as they fell to the Cartersville Purple 15U club (CVP) by the score of 4-3. CVP scored one run in the bottom of the first and three runs in the bottom of the third, while the Travelers struggled to get on the scoreboard. However, ATB got the bats going in the top of the fifth inning by scoring three runs and nearly capped off a come-from-behind victory.

Peyton Tompkins drove in the Travelers’ first run on an RBI double and Tripp Thomas drove in the second run on a fielder’s choice. Thomas Ray then reached on an error, which allowed Tompkins to score the third run. After Ray stole second base, Ledger was able to draw a walk, putting the tying and go-ahead runs on second and first with two outs. However, Gavin Lacey struck out to end the game. 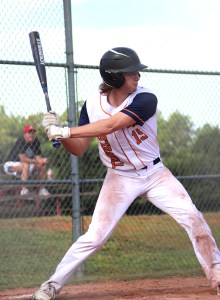 Thomas “Chewy” Willis is at the plate for the Travelers. In total, Willis drove n the tying run in the Travelers’ 7-6 come-from-behind victory over the 15U Titans Blue team in their third game of the Training Legends Georgia State Tournament.
Photo by Angel Lamb

The Travelers’ offense struggled in this game, as their only hits came off the bats of Tomkins and Ray. CVP scored four runs on four hits and committed one error.

On the mound, Owen Lamb had a strong two innings for ATB. He gave up three earned runs on three hits, but posted six strikeouts while only walking two.

Landon Kight came on in relief of Lamb. Kight gave up one run on one hit and struck out three batters.

In Game 2 against Northside ERG, the Travelers exploded with seven runs in the top of the fifth inning on their way to a 14-0 shutout victory. Willis went 1 for 2 with a two-run home run and three RBIs. Thomas Ray went 2 for 4 at the plate with two runs scored and two RBIs and Dylan Davis went 2 for 3 with a run scored and three RBIs.

On the mound, Tripp Thomas was the starting pitcher and pitched two scoreless innings. He gave up three hits and struck out five. Thomas Willis came on in relief of Thomas and the Travelers’ pitching continued to be dominant. Willis pitched three scoreless innings, giving up no runs or hits and striking out six batters. 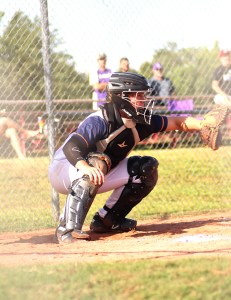 Americus Travelers catcher Gavin Lacey went 1 for 2 with a double and an RBI in the team’s 5-3 win over the Acworth Warriors.
Photo by Angel Lamb

Game 3 against the 14U Titans Blue team was a much tougher test for the Travelers. However, they were able to overcome a 6-3 deficit in the top of the fifth by scoring four runs to cap off a 7-6 come-from-behind victory. Thomas Willis drove in the tying run and Dylan Davis drove in Willis for the winning run on an RBI single to right field.

King started on the mound in Game 3 for the Travelers and gave up two runs on two hits in two innings pitched. One of those runs was earned. He walked one batter and struck out another.

Ray came on in relief of King and gave up four runs on two hits with three of those runs being earned. He walked two batters and struck out none.

Ledger pitched the final 2.2 innings and had a dominating performance, giving up only two hits and striking out six.

Game 4 was another difficult test for the Travelers, as they faced the Acworth Warriors. While ATB scored five runs in the top of the second inning to take a 5-0 lead, they had to hold off a determined Warriors club who scored three runs on a three-run home run by Jacob Grabett in the bottom of the third. 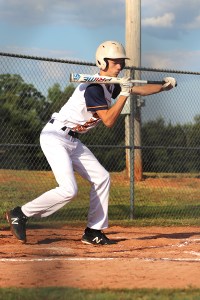 Americus Travelers second baseman Caden King is shown here squaring to bunt. King went 1 for 3 with a run scored in the Travelers’ 5-3 victory over the Acworth Warriors.
Photo by Angel Lamb

However, Chase Ledger, who came on in relief of ATB starting pitcher Tripp Thomas, was able to pitch two scoreless innings to secure the win for the Travelers.

Ledger gave up one hit, walked one batter and struck out three.

Offensively, the Travelers were led by right fielder Thomas Willis, who went 2 for 2 with a walk and an RBI. Shortstop Thomas Ray also had a good game at the plate, as he went 2 for 3 with a run scored.

Estes is extremely pleased with the overall growth and development of the players on the Travelers squad, as well as what lies ahead for them in the future. 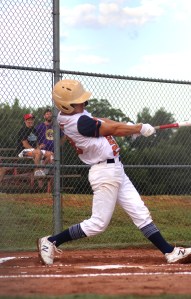 Americus Travelers shortstop Thomas Ray went 2 for 3 with a double, a single and two runs scored to help lead his team to a 7-6 come-from-behind victory over the 15U Titans Blue team in Game 3 of the Training Legends Georgia State Tournament.
Photo by Angel Lamb

“Now that our guys are older, it’s not as much about trophies or rings, it’s more about development, learning the game at a high level and competing,” said Estes. “I must say, however, that I am very proud of the Americus Travelers for winning the Training Legends State Championship this weekend. The experience that these young men are getting will definitely pay off as they move into varsity level baseball for their respective schools. As always, Travelers Nation was out in force with a great crowd. It was especially nice for my brother, Jay Estes, to be able to attend today’s games and get to see why this program, these kids and their families are so special to me.”

Up next for the Travelers is another trip back up to the Atlanta metro area for the Training Legends Summer Blowout this coming weekend. The venue, as well as the tournament schedule, is still to be determined.