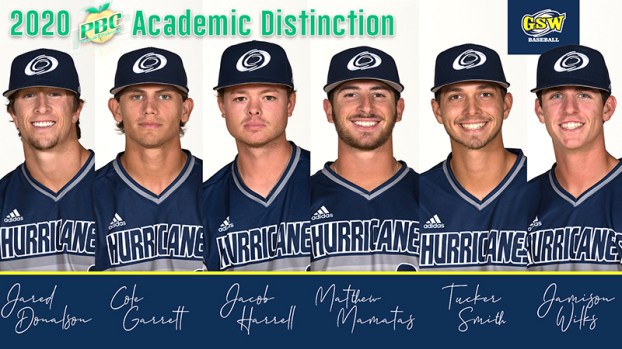 Senior Tucker Smith, a native of Fort Walton Beach, FL, leads the way with a 4.00 GPA, as he’s completing his Masters in Business Administration. Junior Jamison Wilks from Paulding County, GA is a Management major who holds a 3.886 GPA. Senior Cole Garrett is next on the list. The senior History major from Nashville, GA holds a 3.70 GPA. Jacob Harrell, a senior from Rome, GA, is majoring in Math with a 3.657 GPA, while sophomore Matthew Mamatas from McDonough, GA holds a 3.604 GPA while majoring in Management. Junior Jared Donalson is an Exercise Science major from Albany, GA and carries a 3.571 GPA.

The PBC has announced the 2020 Baseball Team of Academic Distinction, which was once known as the All-Academic team. It is part of a season-long program recognizing the outstanding accomplishments of PBC student-athletes in the classroom, as well as on the field. To be eligible for the team, a student-athlete must 1) participate in at least half of his/her team’s events and be either a starter or significant contributor; 2) achieved a 3.30 cumulative grade point average (on a 4.0 scale) and 3) completed at least one full academic year at his or her current institution and has reached sophomore athletic eligibility. The Peach Belt Conference Sports Information Directors oversee the program. Players named to the teams are based on grades through the fall 2019 semester.