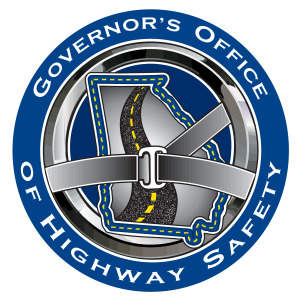 (ATLANTA) The Governor’s Office of Highway Safety joins state and local law enforcement in reminding everyone to make it a safe July 4th holiday weekend by making the right choice to not drive after drinking.
With the holiday falling on the weekend this year, police officers, sheriff’s deputies and state troopers from Ringgold to St. Mary’s and everywhere in between will be working to save lives and prevent crashes by taking drunk and drugged drivers off the road.
“There is nothing more selfish than for someone to risk their life and the lives of others by getting behind the wheel when they know they are legally over the limit,” GOHS Director Allen Poole said. “The only way to prevent a drunk driving crash is for everyone to make the smart decision to give the keys to a sober driver.”According to the National Highway Traffic Safety Administration, drunk driving accounted for 29 percent (10,511) of traffic deaths in 2018. With Fourth of July festivities wrapping up in the evening or late at night, more cars will be on the roads after the sun goes down. In 2018 alone, 193 people died in traffic crashes nationwide over the July 4th holiday period (6 p.m. July 3 to 5:59 a.m. July 5). Forty percent (78) of those fatalities occurred in alcohol-impaired-driving crashes. This compares to 2017 when 38 percent of July 4 travel period fatalities occurred in alcohol-impaired crashes.

According to the Georgia State Patrol, 26 people were killed in traffic crashes statewide during last year’s 102-hour July 4 holiday period that began at 6:00 p.m. on Wednesday, July 3 and ended at 11:59 p.m. on Sunday, July 7. Troopers made 422 DUI arrests and issued more than 29,000 citations and warnings during the holiday weekend.

“If alcohol is going to be part of your celebration, then start planning now for a sober ride with a friend, ride share or taxi cab,” Poole said. “Having a sober ride arranged before the party begins will allow you to enjoy your time with friends and family and helps to make our roads safer for everyone to travel.”While Georgians are still being asked to follow all COVID-19 guidelines recommended by the Georgia Department of Public Health during their celebration of our nation’s independence, GOHS offers the following tips for enjoying a safe July 4th on Georgia roads:
For more information, visit www.gahighwaysafety.org or visit out social media sites linked below.
You Might Like