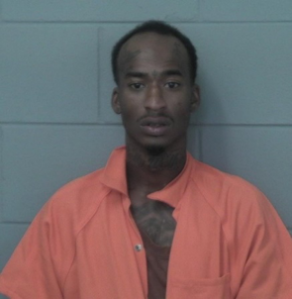 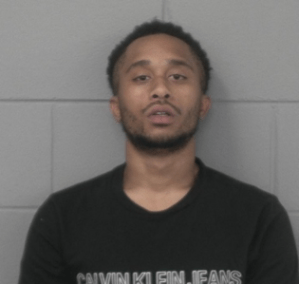 On Thursday July 23, 2020, Sumter County Sheriff’s Office deputies were involved in a high speed pursuit with a red Nissan that ended on North Spring Creek Circle. Upon the vehicle coming to a stop, two individuals exited the vehicle and ran, eluding deputies.

A concerned citizen saw the individuals being picked up by another passerby and notified deputies in the area.  Another traffic stop was initiated on that vehicle on 195 North where the driver and one passenger were detained. The second passenger later identified as Omar Barron, fled the scene to a nearby wood line.

In a joint effort including the Sumter County Sheriff’s Office, Georgia State Patrol, and the Department of Corrections K9 officers, Omar Barron was located and captured approximately 5 miles from the traffic stop location on 195.

Omar Barron, age 24 of Desoto, GA is currently in the Sumter County jail and is being charged with numerous Felony charges, some stemming from incidents prior to the traffic stop.

Also arrested and charged in this incident was Anfranee Smothers, age 24 of Americus, GA. Smothers is also facing a Felony charge.

The driver of the second vehicle was released at the scene and was not charged at this time.

The Sumter County Sheriff’s Office would like to especially “THANK” the several concerned citizens who called in reports of suspicious activity which led to the apprehension of Omar Barron & Anfranee
Smothers.