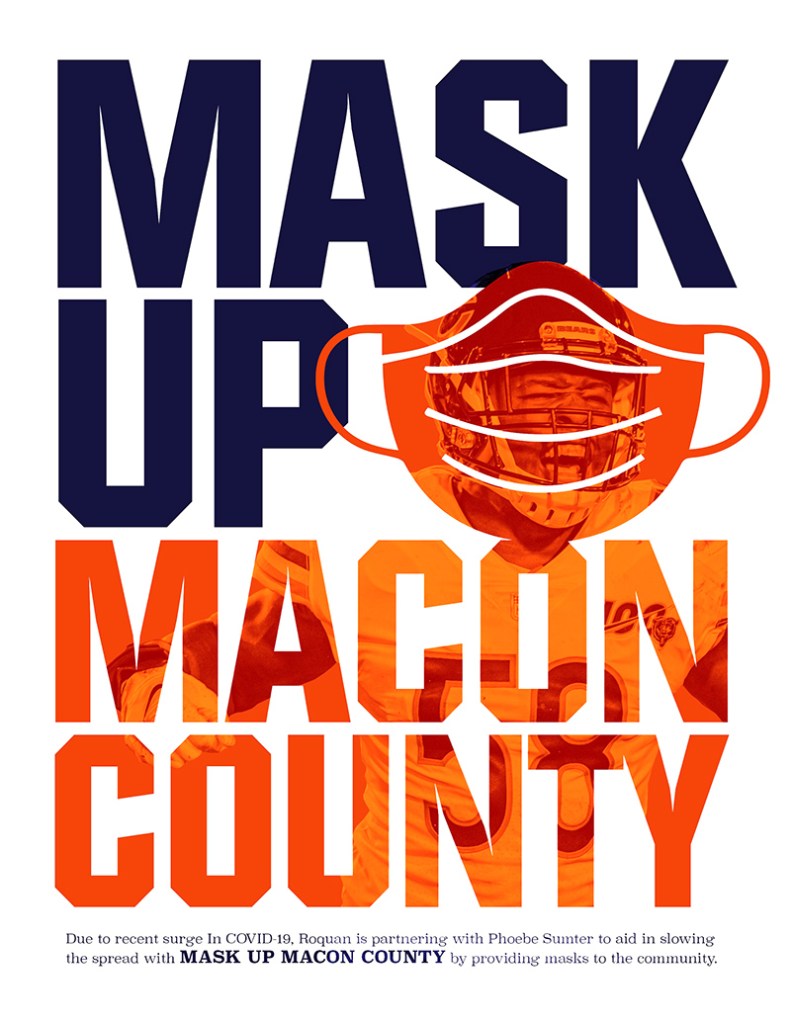 Mask Up Macon County is an extension of Mask Up Sumter, which is an initiative to encourage citizens of Sumter County and the surrounding counties in Southwest Georgia to wear masks to help stop the spread of the COVID-19 Coronavirus. Submitted Photo

AMERICUS – Like many successful professional athletes, Chicago Bears linebacker and former University of Georgia (UGA) standout Roquan Smith has not forgotten where he came from. And while the former Macon County star was not able to be at T31 Activeware in Americus on Friday, July 31, his presence was felt as his aunt and business manager, Shaquanda Baker, was there to pick up 1,500 masks, which were donated by Smith to be distributed to people in his native Macon County to help them fight the spread of COVID-19.

The mask distribution is part of Mask Up Macon County, which is an extension of Mask Up Sumter. Mask Up Sumter is a community-led initiative geared to encouraging the citizens of Sumter County to wear masks to protect themselves and others from the spread of COVID-19 in the community. 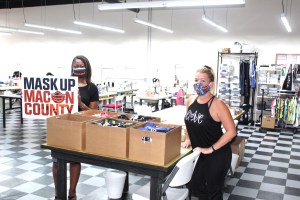 Representing Chicago Bears linebacker Roquan Smith is Shaquwanda Baker, his aunt and business manager. The masks were made by T31 Activewear, which is based in Americus. Pictured with Baker is Elena Carne, owner of T31 who also serves as the head designer. Normally focused on active wear, T31 is currently making masks to meet the needs caused by COVID-19.
Photo by Marcus Johnson

Free masks are available upon request and will be distributed at community events, such as the one at T31 Activewear that was coordinated by Smith.

The goal is to extend the Mask Up initiative not only to Macon County, but to other surrounding counties in Southwest Georgia such as Dooly, Schley, Marion, Webster and Stewart. 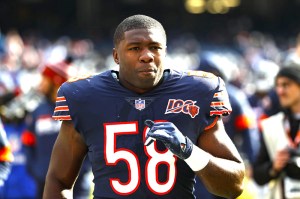 Before he had an outstanding career at UGA, Smith was a standout linebacker at Macon County, where he was named the Atlanta Journal Constitution’s 2014 Class AA Player of the Year. Smith had a fantastic career at UGA and is regarded as one of the greatest defensive players in UGA history. In 2017, Smith was named the MVP of the SEC Championship Game and was named the SEC Defensive Player of the Year by the Associated Press. Smith also became the first Georgia Bulldog to win the Butkus Award, which is given annually to the nation’s top linebacker. After leaving UGA, Smith was drafted eighth overall by the Chicago Bears in the 2018 NFL Draft. After two solid seasons in Chicago, Smith is preparing for his third season with the Bears.