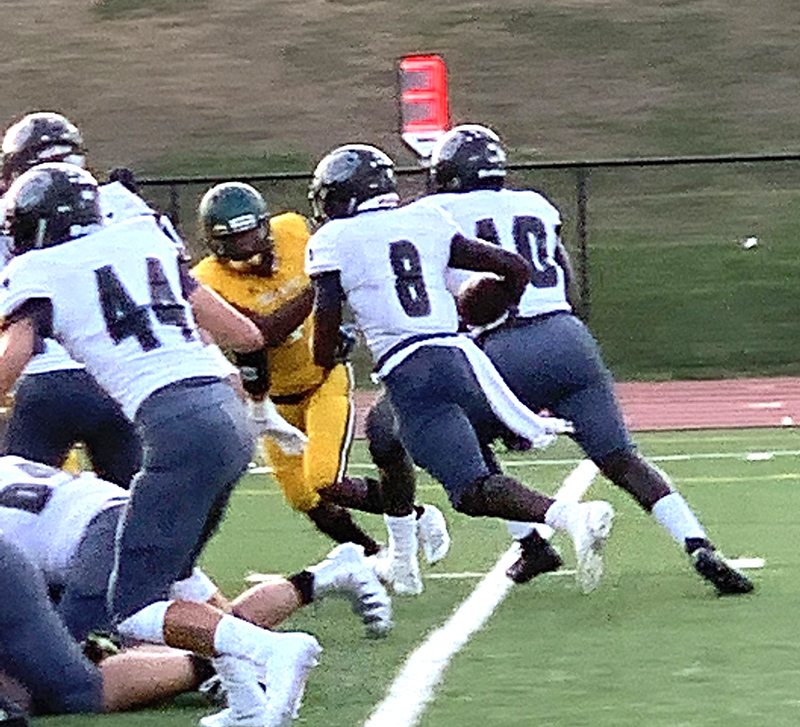 Schley County senior running back Zamon Ross (8) is seen here scoring a touchdown a year ago. Ross was recently named to the Pre-Season All-State Team for the GHSA Class A Public division by recruitgeorgia.com. ATR Archive

Ross is also a standout running back for the Wildcats. In 2019, Ross rushed for 885 yards on 132 carries and scored nine touchdowns. Ross also got it done as a receiver, catching 16 passes for 220 yards and a touchdown. In total, Ross amassed 1,333 all-purpose yards with a 111.1 all-purpose yard average.

Ross is also a solid defensive player as well. In 2019, he tallied a total of six tackles, with four of them being solo tackles. He also had 0.5 sacks and had one interception for 18 yards.

Ross was not the only Wildcat recognized by recruitgeorgia.com. Both Jarrett and Jacob Long made the website’s Honorable Mention list for Class A Public players.

Jarrett Long will enter the 2020 season as the Wildcats’ starting quarterback. On offense, Long rushed for 21 yards on four carries and scored two touchdowns in 2019. As a receiver, Long caught three passes for 114 yards and scored a touchdown. 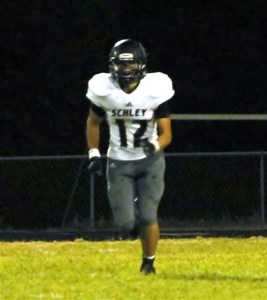 Schley County senior Jarrett Long will step in and take e over the reins as the starting quarterback for the Wildcats in 2020. Long was recently named to recruitgeorgia.com’s Honorable Mention list for GHSA Class A Public players.
ATR Archive

On the defensive side of the ball, Long tallied a total of 77 tackles, including 33 solo tackles. Long also had three sacks and seven hurries. 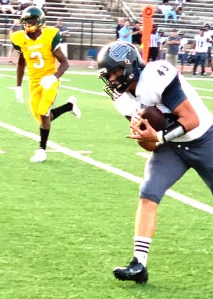 Schley County’s Jacob Long carries the football for the Wildcats during a game against Spencer a year ago. Long will be a senior this year and was named to recruitgeorgia.com’s Honorable Mention list for GHSA Class A Public players.
ATR Archive

Ross, the Long brothers and the rest of the Schley County Wildcats will open the 2020 season on Friday, September 4, in Albany against Deerfield-Windsor. The Knights will be playing their first season as a member of the GHSA.