Mamie Campbell: A story to tell 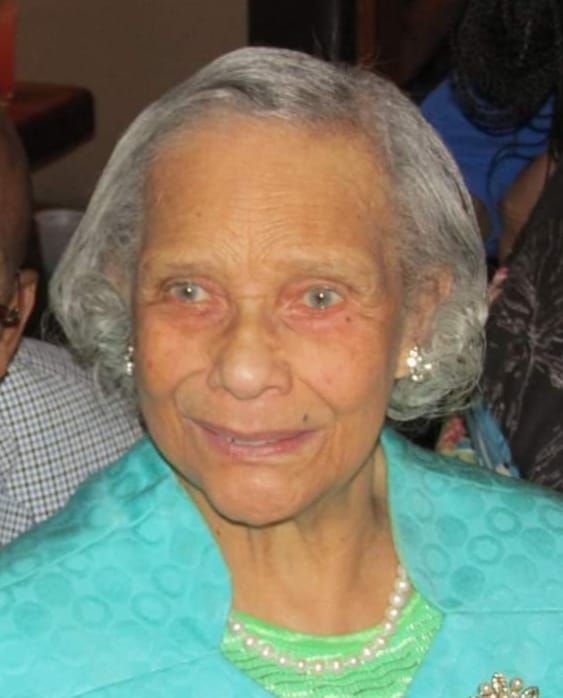 Mrs. Mamie Campbell contributed to our community in a phenomenal way.

Mrs. Mamie Campbell had 96 years’ worth of stories to tell when she passed this June. With Rev. J.R. Campbell of Allen Chapel in Americus, they enjoyed raising children together. They enjoyed serving our community and Allen Chapel together. Mrs. Campbell achieved a Bachelor of Science in Elementary Education and served alongside her husband as a church organist, stewardess and missionary worker. Mrs. Campbell, or Mother Mamie as many know her, indeed led a rich life and contributed to our community in a phenomenal way. Although her life, like ours, is made up of many events, there is one particular story which reminds us of our voting privilege.

In the midst of Sumter County Movement, a civil rights movement in which Allen Chapel and Rev. Campbell played a large role, on a day when she was getting ready for a Sunday School Convention, a friend, Lena Turner knocked on her door. Mrs. Campbell reports of the day, “She asked me a question, she asked me if I had voted yet. I said ‘no.’ She said, ‘Well we’re going to vote now. Come on.’ That was the time when Mary Finch Bell was running for Justice of the Peace in this county. I got in the car with her. I left everything because I was so sure we were going to vote, come on back and I could get this house to look just like the parsonage was supposed to look in time for the convention that was to start the next morning. But surprise! When we got out of the car, none of us said anything, but went up to the courthouse.” Mrs. Campbell explains about the 3 lines of designated voters. “You had the colored line; you had the white men’s line and then you had the white women’s line. The 3 of us got out of the car, and the line was facing were the car was. I did not look around, I just followed Lena, right behind her we got right into going on to the courthouse to vote. When we got to the door of the courthouse a deputy sheriff was standing there with his hand on the doorknob.” Mrs. Campbell goes on to speak of her experience. It was pointed out to her that she was in the “women’s line.” She was somewhat perplexed as she knew fully after giving birth to 4 sons, she was indeed a woman. “They took us away politely, nicely, no noise–across the street over there to the jail. And we were arraigned over there and allowed to give a phone call.” Mrs. Campbell placed her call to Rev. Campbell.

In 1965 the courthouse was brand new, and she refers to the jail as the “new jail.” Mrs. Campbell as well as Mrs. Turner and Gloria Wise would find themselves in the same “unit.” Rev. Campbell and other officials “came down to jail to see us, to find out how we going on and taking care of everything.” Organized groups began to form day and night for the release of the women. The marches would stop at the Sumter County courthouse. As the Civil Rights Digital Library states, “some of the demonstrators, carrying umbrellas and other rain gear sit on blankets spread along the sidewalk. The demonstrators sing, clap their hands and listen to Rev. Joseph Campbell, leader of the Sumter County Movement, and Rev. Hosea Williams from the Southern Christian Leadership Conference (SCLC). Next during a day march, demonstrators follow a police car, protected by nearby law enforcement officers. John Lewis, another SCLC minister, speaks to the listening crowds. Protesters carry signs with slogans including, “Charges dropped and election void,” “Break the segregation by voter registration,” and “Open registration with a Negro registrar or clerk and additional hours”.

While marches were going on, Mrs. Campbell was housed in the new jail and her thoughts were on her children. She reports a fellow church member was taking care of them, “so I felt better.” She continues, “We stayed in jail 10 days. That’s a long time, don’t you think so?” Her time in jail was not spent exclusively in Americus. At some point during the days following her arrest, she was sent to Macon. She speaks on the stark differences between the “new jail” and the jail in Macon. There, they held court. Mrs. Campbell reports her lawyer “beautifully defended us.” The judge then questioned the sheriff on how quickly he could release the “girls he had left in Americus because he was turning us loose right then. And that was the beginning of the end of the 3 lines for voting as far as women were concerned–the women’s line, the white line, the colored line, here in Sumter County, Americus Georgia.”  The Civil Rights Digital Library tells of the result of the ladies’ journey: “Federal Judge W. A. Bootle ordered that the incarcerated women be released and segregated elections end in Sumter County on July 30. African Americans agreed to halt demonstrations in Americus on August 13.” Mrs. Campbell went on to explain what it was like to have such an experience. “How did I feel? I felt emotionally upset, but I felt happy too, because I had a chance to come back home and I was back home with the children again.” There had been some threats around what Mrs. Campbell refers to as “our pretty parsonage” belonging to Allen Chapel. “Rev. Campbell took the children and me to Savannah to stay with my daddy until the thick—the worst of the threats—would go down.”

“Our folk were lifted up because of that” Mrs. Campbell remarks on the movement. “I can say this, we as church family, still together, working together and looking forward to the day when we can have a grand time meeting together upstairs when God calls the role. I want you to remember, always, during the days of the civil rights movement……when the movement came out of the country and came to town, they came to Allen. They marched out of the bottom, as I call Allen Chapel, up the hill with the young people singing to the top of voices…the young people had the spirit and we caught on fire and went with them. We must remember that everything has worked together for the good of those who love the lord.”

Rev. Campbell was invited by President Lyndon Johnson to be present when he signed the Voter Acts Right. Mrs. Campbell remarks on her steps after Rev. Campbell came home from the historic event. “I personally drove down Lee Street and picked up many of our people who were walking to the polls to register to vote. And today are we doing so? Let us continue the march we began a long time ago today.”

The next election day in Sumter County will be November 3, 2020. Early voting will begin on October 12, 2020. The last day to register to vote is October 5, 2020. To register, please visit the Sumter County Board of Elections located in the courthouse at 500 Lamar Street, or visit the Georgia Secretary of State’s website, www.mvp.sos.ga.gov.