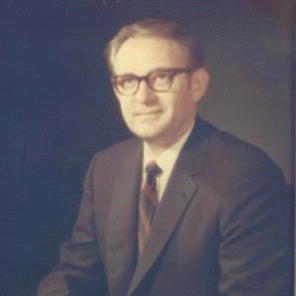 Warren Candler Fortson Sr., longtime civil rights and education lawyer, died August 1, 2020 at age 91 at his home in Atlanta of congestive heart failure. He had practiced law for 63 years when he retired at age 89 from a career that spanned the upheaval of the civil rights movement in Americus, GA, and Mississippi in the 1960s, the winning of the ballot box stuffing case of Jimmy Carter when he ran for the state senate that paved the way for his future election as president of the United States, and the settlement of Atlanta Public Schools’ 18-year desegregation lawsuit known as the Atlanta Compromise Plan. He served as the general counsel for Atlanta Public Schools for 22 years and as the lawyer for Georgia Perimeter College for 16 years. He was one of the founders and the managing partner of the litigation law firm Fortson & White from 1984 through 1992. In his later years he represented teachers and administrators at odds with their school districts, both in private practice and as a lawyer for the Professional Association of Georgia Educators, the state’s largest education group.

Warren was the youngest of eight children born in Washington, GA, to lawyer Benjamin Wynn Fortson and Lillie Wellborn Fortson and the only one born in a hospital. His oldest brother, Ben Fortson, longtime Georgia Secretary of State, became a second father to him after their father died when Warren was 17. As a 17-year-old he left Marist School to join the Marines, where he served two enlistments in Parris Island, S.C., and Camp Lejeune, N.C. A graduate of Emory Law School, Warren became a legal mentor to many, including former U.S. Senator Wyche Fowler.

With a wife and two children to support, Warren put himself through law school by working two full-time jobs. He was in charge of weighing trucks for the state Highway Department during the day, then going to night law school, and later that night supervising cleaning crews in offices and factories.

After law school, he moved to Hawkinsville in 1956 to begin his practice. As his family grew, in 1959 he moved to Americus where he became county attorney, attorney for the county school board, and served on both the library and Americus school boards. He helped to orchestrate the integration of the public schools without a court order with a freedom of choice plan which meant that any black student could go to any school he or she may wish, or as many students could go as wished. He spearheaded the integration of the Carnegie library and facilitated the integration of the town’s largest manufacturer. Warren tried to establish a biracial commission, but that broke down. One of the stumbling blocks: some white leaders resisted the idea of addressing blacks they’d known all their lives as Mr. or Mrs. The southwest Georgia town, along with nearby Albany, became a cauldron of protests. When an interracial group attempted to attend Sunday worship services at First Methodist Church and were denied entry, he, his wife, and children left. Although he was superintendent of the men’s Bible class, Warren was told not to return to his church. Perceived as a “civil rights” lawyer, he was replaced as the county attorney. Former friends would cross the street to avoid speaking to him, clients who owed him money didn’t pay, and a neighbor’s child pointed a rifle at his ten-year-old son. His once thriving practice gone, Warren left Americus in the fall of 1965.

In 1965 and 1966 Warren was appointed to President Kennedy’s Lawyers Committee for Civil Rights Under Law in Jackson, Mississippi, where he defended black clients in federal, city, and state courts in Natchez, Jackson, and Vicksburg. He was the only Southern lawyer with the Committee. He later moved to New Orleans for three years and practiced maritime law arising out of the operation of the off-shore oil industry. In 1970 he returned to Atlanta, became general counsel to the Atlanta Board of Education, and helped shepherd the conclusion of the 18-year-desegregation lawsuit. In the ensuing years, Warren worked closely with the President of the board, Dr. Benjamin E. Mays, and Superintendent Dr. Alonzo Crim to implement mandated changes to the school system administration, staff, and students.

“The Turning Point” is former President Jimmy Carter’s account of his first run for political office in 1962 for the state senate, and the resulting skullduggery in that election of ballot box stuffing in Quitman County. Warren and his fellow lawyer for Carter, Charles Kirbo, exposed that the ballot box at the Georgetown precinct was “stuffed” with 104 ballots all in favor of his opponent, resulting in Carter’s defeat. Carter’s eventual successful outcome led to the complete revision of the election laws of Georgia and, eventually, the election of the first Georgian to become President of the United States.

A memorial service will be held at a later date at his ancestral church, Pope’s Chapel Methodist outside Tignall, GA.