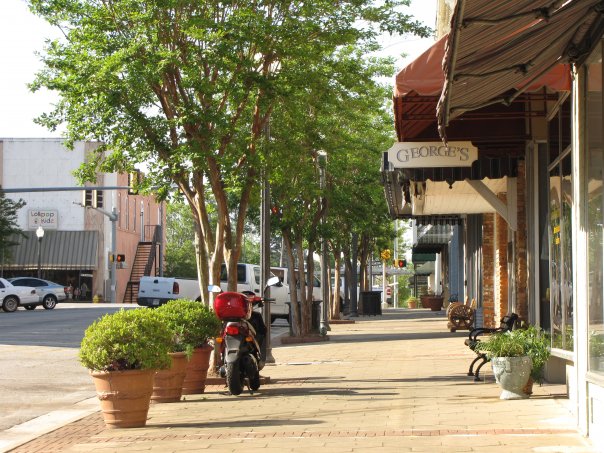 To open the meeting, City Attorney, Jimmy Skipper presented a resolution regarding public hearings held during the time of virtual meetings. The resolution will allow for face to face hearings, as opposed to via telephone or Zoom meetings. There are 2 things to consider in the resolution. First, open meeting statutes state the public is not allowed to be turned away from the event. Second, with Governor Kemp’s executive order in place, groups larger than 50 are not allowed to meet unless a 6-foot social distance can be maintained. Mayor Blount had requested the resolution as he foresees this month’s public hearings to be of interest and citizens have been requesting to attend the meeting in a face to face manner. Citizen interest in the zoning reclassification is suspected to be high. Particularly, a public hearing regarding a Dollar General being built on the corner of Columbia and South Lee is expected to draw a crowd. City Council agreed with the resolution and the hearings scheduled for this month’s regular meeting will be postponed until September. To hold the hearing in September, the city must procure a space that can hold a group larger than 50 while maintaining social distancing or Governor Kemp’s executive order must expire.

The second item of business which garnered much conversation was regarding the city providing the new high school with water, sewer and gas. Mayor Blount stated he learned from David (Wooten) that city gas lines were being put down at the new high school. Knowing the council has not taken a vote on this move, he asked Mr. Wooten to bring the gas up to the property line and not complete the work until council had an opportunity to vote on the matter. The new high school is not located within the city limits of Americus. Juanita Wilson spoke on the item first. “I think that we need to work with the school system, but the school system also needs to work with the City of Americus.” Ms. Wilson states that there are over 15,000 people in Americus and 14,000 residents in all of Leslie, Desoto, Plains, Andersonville and unincorporated areas. “I think we need to be represented in that school and to change that name to just Sumter High—I’m against it. I think it needs to be Americus Sumter High so these children who have already established identity at Americus Sumter High can continue that tradition. I’m for stopping it until they include us in something.” Daryl Dowdell then questioned why a vote was never made to provide Cook-Out or Dairy Queen with services, to which Ms. Wilson responded, they are in the city limits. After then assuming the mayor had purposefully stopped the services from being offered because he was upset about the name, Mr. Blount once again made clear the services were stopped so the council could have a vote. Mr. Dowdell went on to call the thought of denying the services “self-serving and self-centered.” “I find that real interest—I find that real heartbreaking we not going to do it because of a name.” Dowdell then went on to question Mayor Blount about who sold the land to the high school. The mayor told him it was purchased from the Payroll Development Authority (PDA). Dowdell was not aware of where funding for the PDA came from and questioned the mayor on that further. In trying to answer the question, Dowdell cut the mayor off and said he was asking Ms. Wilson a question. Dowdell further expressed his disappointment that the PDA did not give the land to the school to begin with. Dowdell continued, “So now, what we doing now is, we, we, we, its like, its like we we we already creator of conflicts. We already don’t get along with other government agencies so we going to make this Board of Education go get their own sewer and gas. I don’t agree with that. I don’t agree with that. I will never agree.” Nelson Brown then expressed some opinions and the item will go on the agenda for a vote at the regular meeting.

The next item receiving much conversation was changing the name of Jackson Street to Equality Street. Daryl Dowdell initiated this change. The letter to mayor and city council indicates, “We realize slavery and racism are directly tied to each other. We deem the glorifying of a slave owner to be offensive to the Black Community (sic) and we are proposing the street be called Equality Street.” Daryl Dowdell reports he started “the package” and has received signatures of 75% of the residents and businesses who own property on the street. In the application is the petition that Dowdell reports signifies 75% of property owners, both residents and business owners. There are 35 signatures, some of which have been scratched out, a limited number are identified as “homeowner” others are referred to as “owner” the remaining have no designating note.  Several of the names indicate and address different than Jackson Street.

Mayor Blount opened to floor to questions. Kelvin Pless admitted that he did not have a question but a comment to Mr. Dowdell. Pless then made the point Jackson Street was in his and Charles Christmas’ district. He reported he found the way this has taken place is “unethical.” He was disappointed that he and Mr. Christmas were not privy to this undertaking. Pless went on to say, “We got constituents who ain’t heard nothing about it and as representative of district 5, I should at least have the opportunity to ask them if that’s what they wanted to do.” Pless presented further concerns in that many of the residents he spoke to were not clear on what they were signing. He reports that a large number of senior citizens were not consulted, and they presented issues with having their street name changed. In one case, Pless reports a lady who had lived on the street for over 50 years begged him to vote against changing the name. In addition to individual residents, a church congregation “hadn’t been contacted enough to even talk to their congregation about a change to it.” Mr. Pless also went on to say the petition had lines through some names and such a form needed to be “clear and legible.”

Juanita Wilson also was against it. “I feel the name is wrong I will not be voting for the name ‘Equality.’ Wilson reports that she wants “peace” and feels like “that group that started it got very controversial.” At a later point, Wilson reported that once she felt it had been discussed thoroughly and appropriately, she would be open to acting.

Charles Christmas reports he is not comfortable telling residents in his district that he will change their street name without first consulting them. He reports the residents should have a say in their street name changing and to leap into changing it without following appropriate procedures and allowing them to voice their opinion was not an action he was willing to take. He continued to make the point much goes into having your address changed; from updating a driver’s license to rebranding marketing for businesses.

Nelson Brown asked over and again why they were considering a name change. After several council members giving a history lesson, he responded, “That’s not helping me.”  He continued to ask this question and wanted to pinpoint each council member’s thoughts, although he was reluctant to express his views on the actual action on the table for consideration. Dowdell called on Brown to describe the process history of changing the name of Spring Street to Millard Fuller Boulevard. Brown reports as far as he remembers it, there was no petition and council had decided to honor Mr. Fuller by way of naming a street after him. Mayor Blount corrected him by stating, in fact, the Spring Street name change did follow the policy as is set forth in the city’s ordinance. Mayor Blount was able to remember the 3 people who made the effort to get it changed. They had received 75% of landowner’s signatures, those signatures were verified, and the other procedural items completed.

Dowdell began a conversation asking why no other council member had taken it upon themselves to “pick up the package” to get the street name changed. As the discussion was winding down, Lou Chase indicated she would not be voting in favor of a name change, and Mayor Blount also agreed. With the mayor and 4 other members indicating they would vote no to changing Jackson Street to Equality Street, and Mr. Brown unable to express his opinion, Blount asked Dowdell if he would like to keep the item on the agenda. Dowdell reported he would and will be keeping it on the agenda for a vote. At this point, Jimmy Skipper reported the appropriate process and procedure for changing a street name. An application must be filled out, 75% of the property owners must place their signature on a petition and have that petition verified by the city clerk, a public safety assessment must be completed and then a public hearing must take place. Although Dowdell reports he will not be withdrawing his request, there will not be a vote on a street name change until the procedure, as attorney Skipper described it, takes place. At the end of the meeting Dowdell questioned Skipper again and asked if it was permissible for a council member or staff to make a motion at a council meeting and the resident approval/petition process be deleted. Skipper confirmed yes, that is another way to have it brought to vote, however, the remaining required elements such as an application, public safety assessment and public hearing must take place.

Lastly the 2020 year-end financial projection has the year ending on a financial high note, primarily due to city department heads managing their budgets wisely, procuring some grants and receiving CARES funding for the city. Mayor Blount suggested the citizens be able to benefit from this success by adjusting the millage rate to reflect lower taxes until the new budget is determined. All council members agreed to the adjustment; however, all members hope the public will remember this will only effect taxes for the time being. Future mill rates will be set upon determining a new budget.

In other action, the consent agenda for the regular meeting will include approval of minutes, closing of bank accounts, rejecting bids and approving bids. Agenda items requiring consideration or a vote include the 2020 audit report for the 2019 year; second readings of an alcohol delivery ordinance; second reading of comments and decorum ordinance of city council meetings; traffic calming devices; water, sewer and gas being provided to the new high school; updating markings on new Americus Police Department vehicles; approval of a loan application for Love at First Sight Ultrasound Studio and Boutique; City of Americus paying 67.73% of costs related to the landfill; and approving invoices, bids and resolutions. It is highly encouraged that citizens be present for these meetings. The regular meeting of the city council will be held Thursday, 8.20.2020 in a virtual format.