As of right now, the Georgia High School Association (GHSA) plans for high school football to begin on Friday, September 4. However, 10 school districts have postponed the start of their seasons to as far back as October and some have canceled fall sports indefinitely. Submitted Photo

As postponements and cancellations of fall sports continue around Georgia, could Sumter and Schley County be next?

AMERICUS – As of this moment, the Georgia High School Association (GHSA) plans to begin high school football on Friday, September 4. If this were a normal year, the football season would officially begin on Friday, August 28. However, 10 school districts around the state, as well as individual city and private schools, have decided to either postpone the beginning of fall sports competition until October or, in the case of Bibb County, suspend all sports competition indefinitely.

With all of these suspensions and cancellations of fall sports throughout the state, one has to wonder how will this will affect fall sports in Sumter and Schley Counties. 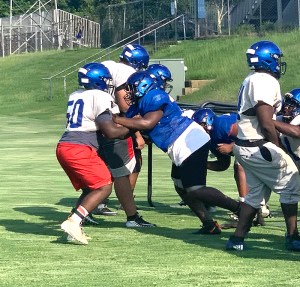 Americus-Sumter (ASHS) offensive linemen are practicing a drill during one of the Panthers’ practices. ASHS was scheduled to play Westover in Albany on Friday, September 4 to begin the 2020 season, but that game has been cancelled due to the fact that the Dougherty County School System has suspended fall sports until at least October.
Photo by Ken Gustafson

Suspension of fall sports in Dougherty and Bibb Counties has already affected the 2020 Americus-Sumter High School (ASHS) football schedule. The Panthers were suppose to begin the 2020 season on Friday, September 4 against Westover at Hugh Mills Stadium in Albany. The Panthers were also supposed to host Monroe on Friday, September 18. In addition to those games, ASHS is supposed to play Central (Macon), one of the teams in the Panthers’ new region this year: Region 2-AAA. That game was scheduled for Friday, October 2, but is now in doubt due to Bibb County’s indefinite suspension of high school sports.

ASHS Athletic Director Coleman Price stated that the school is looking for games to replace Westover and Monroe on September 4 and 18 respectively. “As for Central (Macon), no decision has been made by Region 2-AAA as to the next steps with the suspension of play from the Bibb County Schools,” said Price. “The region is hopeful that Central will be able to play its slate of games, which begins October 2, 2020.” 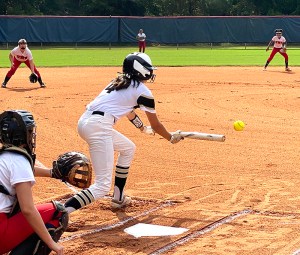 Southland Academy (SA), being a Georgia Independent School Association (GISA) school, is not subject to GHSA rules. The school is also a private school and is therefore not subject to whatever the Sumter County Board of Education decides to do on the matter of playing sports amidst the COVID-19 pandemic. However, the GISA normally follows the lead of the GHSA. Southland Athletic Director Clint Humphrey stated that he asked GISA officials what the association’s current position is on whether or not to go ahead with fall sports.

“Their response is that fall sports will be played,” said Humphrey. “We have played a few softball games. Football, XC and Clay Target teams are practicing and plan to play. That’s all we know at this time.” Humphrey also stated that in his opinion, if the GHSA decides to postpone high school football until the spring, they should do so soon and allow baseball to go ahead and play in the fall.

All four of our area’s high schools, Americus-Sumter, Southland Academy, Schley County and Furlow Charter, have either begun their softball, XC, volleyball and clay target seasons or have at least begun practices.

“Right now, we don’t have a football team. We do offer softball and XC, which are more socially distant friendly sports for the fall,” said Furlow Charter (FCS) Athletic Director Brandon Mitchell. “As of now, we’re going full-speed ahead with doing everything the CDC and the GHSA recommends to keep our scholars safe. Our number one concern is keeping our scholars safe. If we have an outbreak or anything like that, we would follow protocol set by the GHSA and CDC and address it.” 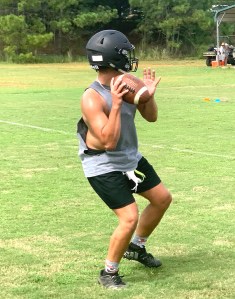 Schley County quarterback Jarrett Long prepares for the upcoming 2020 season during one of the Wildcats’ summer workouts. The Wildcats are scheduled to open their season on Friday, September 4, at Deerfield-Windsor.
Photo by Ken Gustafson

According to Mitchell, FCS is the only school in the area that is doing both distance learning and in-class instruction. “We are giving the scholars options to be traditional or distance,” said Mitchell. “If we go distance, then we would cancel the sports until we could return back to traditional learning.”

As far as what is going on around the country, according to a report from Maxpreps, 15 states, along with the District of Columbia, have decided not to play high school football in the fall with hopes of trying to play in the winter or spring of 2021. Those states are California, Colorado, North Carolina, Virginia, New Mexico, Nevada, Washington State, Illinois, Oregon, Minnesota, Maryland, Hawaii, Michigan, Vermont and Delaware. Vermont’s situation is rather interesting. Maxpreps reports that the Vermont Principals’ Association (VPA) approved a plan on August 11 that would replace tackle football in the fall with 7-on-7 touch football, which would begin August 28. The plan did not address if tackle football would be played in the winter or spring of 2021. In an interview with the Burlington Free Press, VPA Executive Director Jay Nichols said that a lot of it comes down to blocking and players being really close to each other. “Respiratory droplets on each other, breathing on each other, when a player is tackled, there is a whole group of people together,” said Nichols. “It became very clear that football is problematic.” 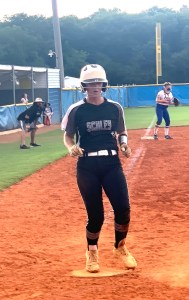 At least 20 other states, including Alabama, plan to begin high school football on their originally scheduled dates. Georgia, Florida and 12 other states plan to delay the start of their seasons from at least a week up to early October.

According to published reports, much of college football has already made it known what it will do. The Big 10, PAC 12, Mountain West and Mid-American Conferences have already decided not to play in the fall with hopes of possibly playing in the spring. As of right now, the SEC, ACC, Big XII and other FBS football conferences still plan to play. However, ESPN reports that NCAA president Mark Emmert stated on Thursday, August 13, that there wouldn’t be any fall NCAA championships because not enough schools are participating because of the ongoing COVID-19 pandemic. That decision impacts 22 championships, including FCS football. 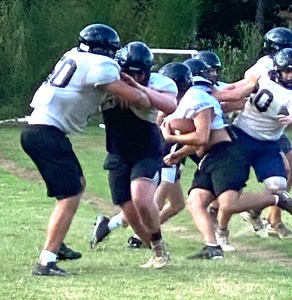 Southland Academy running back Banks Simmons carries the ball during a running play. The raiders continue to practice to get ready fore their season opener on Friday, September 4 at Terrell Academy.
Photo by Ken Gustafson

Here in Georgia, with the ongoing fluid situation with fall sports, one might wonder how that would affect youth sports, especially here in Sumter County.

According to Sumter County Parks and Recreation Department (SCPRD) Director Tim Estes, plans are to go ahead and continue youth sports. Estes told the Americus Times-Recorder on Friday, August 14 that registration is ongoing for football and soccer. “Our registration has been slower than normal, but we’ll evaluate that next week,” said Estes. “If college football was to cancel and then high school football was to cancel, I’m sure there would be some kind of trickle down effect, but as of right now, everything is a go.”

As of this moment, there will be high school football in both Sumter County and Schley County and neither the Sumter or Schley County school boards has indicated a change of plans at this point. However, as mentioned earlier, the situation around the state is fluid and seems to be changing week to week. Stay tuned to the Americus Times-Recorder for further updates.

ALBANY – After traveling up to Columbus for a game against Brookstone on Wednesday, only to have it rained out,... read more