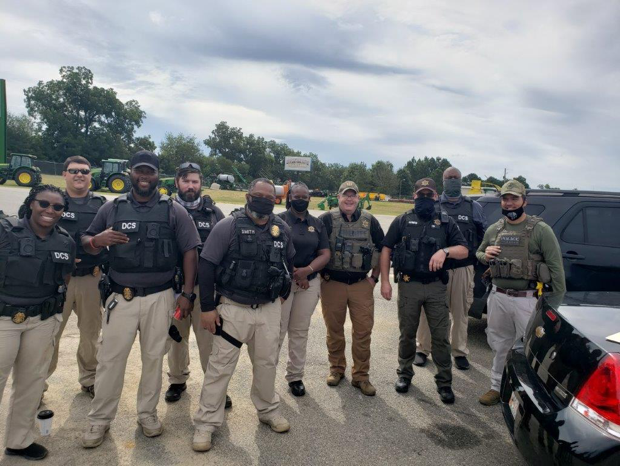 The Sumter County Sheriff’s Office along with the US Marshall’s Service and Department Of Community Supervision conducted a joint operation known as S.M.A.R.T. (Search, Monitor, Apprehend, Register, and Tracking) to verify addresses and compliance of Registered Sex Offenders in Sumter County. This operation took place between the dates of July 17, 2020 through August 11, 2020.

At the beginning of the operation there were 106 sex offenders. Of the 106 offenders, 4 were absconders, 2 were currently in jail and 1 was removed from the registry per Court Order.

During the operation one offender was arrested for Probation Violation, one arrested on an outstanding warrant for Failure to Register, one arrested for Possession of a Firearm by Convicted Felon and Theft by Receiving Stolen Property. The firearm was also stolen from an Entering Auto case filed with Americus Police Department.  Two warrants were issued on two offenders for failure to register and they were listed as absconders.

A total of 82 Sex Offender address verification’s were conducted and completed.