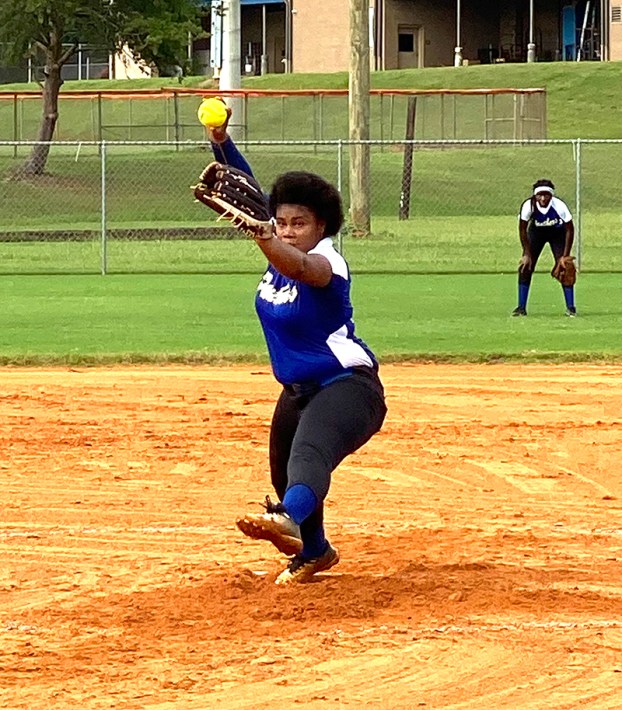 Americus-Sumter pitcher Trinity Oneal came on in relief in the second inning of the Panthers’ game against Upson Lee. Oneal gave up three runs on three hits and walked two batters. Photo by Ken Gustafson

AMERICUS – The Americus-Sumter Panthers Softball Team (ASHS) came into their season opener against Upson Lee (UL) hoping to get the 2020 season off on a positive note. However, the Knights scored 14 runs in the top of the first inning to seal the deal early and handed the Panthers a 17-0 defeat on Tuesday, August 25, at Americus-Sumter High School.

Price was referring to a makeup game that will be played on Wednesday, August 26, at Peach County.

The Panther offense had a difficult time trying to solve UL starting pitcher Gracie Self, who ended up pitching a no hitter. Self also helped her team’s cause by belting a two-run triple in the first inning. Skye Perdue and Tyrah Alsobrooks each had two-hit games for the Knights and Madison Murphy went 1 for 2 with two runs scored and an RBI. 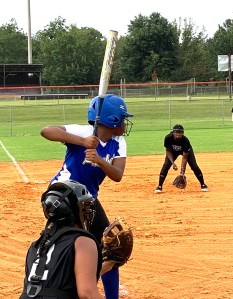 Americus-Sumter’s Natasha Jackson at the plate for the Panthers trying to get a hit.
Photo by Ken Gustafson

ASHS starting pitcher Karina Santos-Pagan struggled in the circle. She gave up 14 runs on five hits and walked five batters in one inning of work. Trinity Oneal came on in relief of Santos-Pagan and faired better, giving up only three runs on three hits and walking two.

The Panthers had a chance to score a run in the bottom of the third. Both Oneal and Santos-Pagan drew walks to get runners on base and Oneal was able to advance to third on an error. However, the Panthers were not able to capitalize. 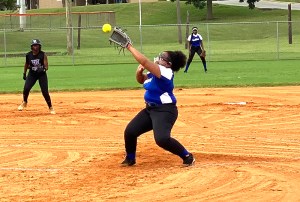 The Panthers will try to bounce back when they head up to Fort Valley, GA on Wednesday to take on the Trojans of Peach County. Then on Thursday, August 27, the Panthers will play another Region 2-AAA game at home against the Red Devils of Jackson. First pitch for that game is scheduled for 4:30 p.m. 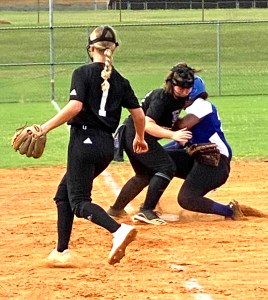 “All three are region games so we look to improve on where we’re at,” said Price. “We’re a young team. Our pitching is very young, as you can tell, and so we’ve got to build on it every game.”