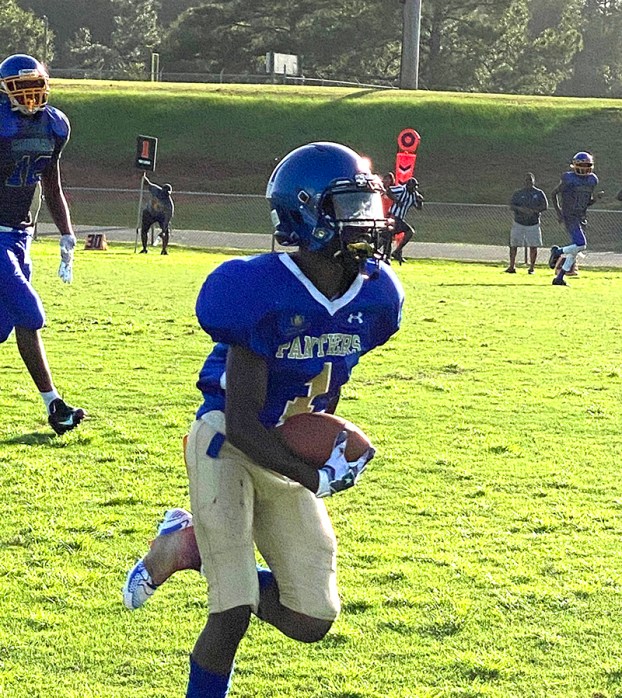 Sumter County Middle School wide receiver Corderian Leverett catches a pass and races down the sidelines for a touchdown against Crisp County. Photo by Ken Gustafson

AMERICUS – The Sumter County Middle School Football Team (SCMS) took the field on Wednesday, September 2 hoping to start the 2020 season off right against Crisp County (CCMS) in the middle school version of the “Battle of the Flint”. However, the Panthers struggled with turnovers and had a difficult time trying to stop the Cougars’ running game. As a result, the Panthers fell to the Cougars in their season opener by the score of 26-12. 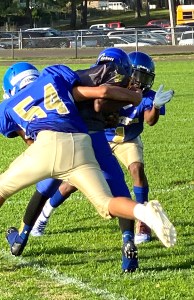 The Panthers got off to a great start early in the game when ran a punt back 55 yards for a touchdown. The two-point try was unsuccessful, but SCMS had an early 6-0 lead.

The Cougars responded with a touchdown of their own, as quarterback Mark Hartage threw a touchdown pass to Dwayne Waters. The Cougars’ two-point conversion was unsuccessful, but they had tied the game at 6-6.

However, the Panthers would later respond as wide receiver Corderian Leverett caught a pass and bolted down the sidelines for a long touchdown reception. The two-point try was unsuccessful, but the Panthers had taken the lead 12-6. 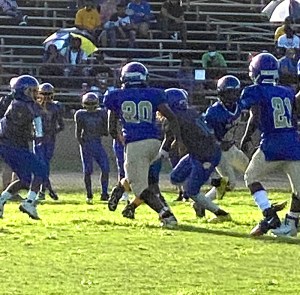 Once again, however, CCMS responded as running back Gavin Fields scored a touchdown to tie the game and the two-point attempt by the Cougars was successful. At that point, CCMS was in the lead 14-12 and it would be a lead they would not relinquish for the rest of the game.

Throughout the game, the Panthers struggled with turnovers, as the Cougars forced a few fumbles. That would prove costly for SCMS as CCMS was able to capitalize. 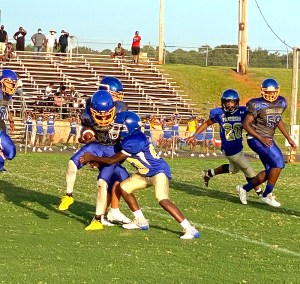 Fields ended up scoring two more touchdowns for the Cougars. Then Jordan Merrit was able to score another touchdown late in the game to salt away the 26-12 victory for CCMS.

The Panthers will try to notch their first win of the season when they take the short drive down US Highway 19 to Leesburg to take on Lee County East on Wednesday, September 9. Kickoff is scheduled for 5:30 p.m.