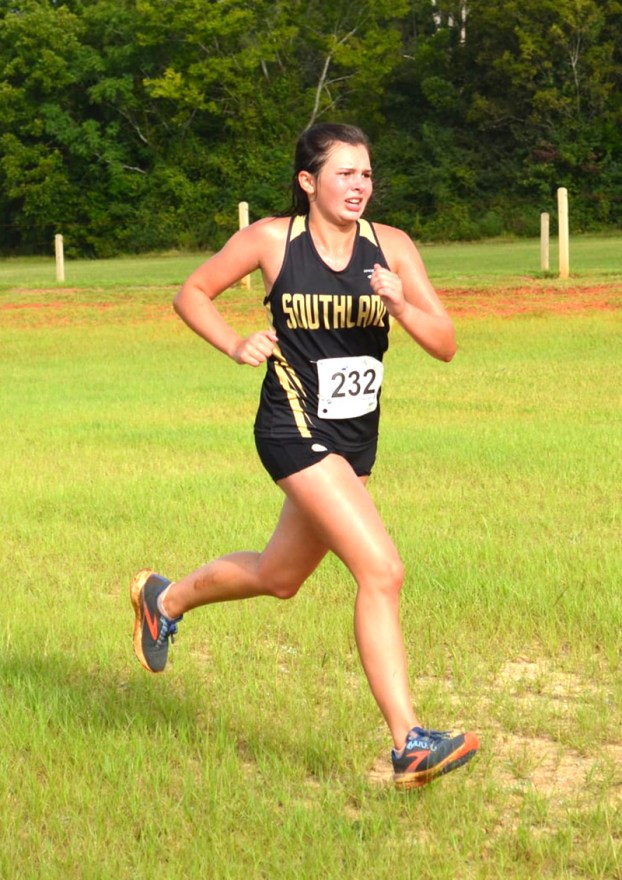 Southland Academy’s Jadie Burrell finished in sixth place at the Panther Prowl Invitational in a time of 26:04.27. Photo by Carol Burrell

As a team, the SA Lady Raiders finished in fourth place with a total of 103 points, just six points behind Fitzgerald, who finished in third place with 97 points. In Cross Country, the goal of each team is to finish with the fewest points as possible. Ware County finished as the meet champions with 27 points, followed by meet runners-up Brookwood (79 points) and third-place finishers Fitzgerald (97 points).

Jadie Burrell was the first Lady Raider to cross the finish line. Burrell finished in sixth place with a time of 26:04.27, which was over a minute faster than what she ran at the Furlow Fast Feet Invitational two weeks ago. Keelie Holloway of Ware County was the individual champion, as she finished a top the race standings in a time of 24:24.16. 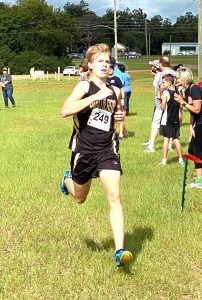 Julia Claire Hubbard was the next Lady Raider to finish and she did it in a time of 30:21.86, finishing 23rd out of 60 competitors. Not far behind Hubbard was her teammate, Ella Arnold. Arnold finished in 27th place in a time of 30:56.61, which was almost two minutes faster than her time of 32:33.02 at the Furlow Fast Feet meet.

Mary Ramsey Collins was the next Lady Raider to cross the line and she did it in a time of 31:27.34, which was good enough for a PR (personal best time). Collins barely edged out her teammate, Maddie Godwin, who also ran a PR in the time of 31:27.96. 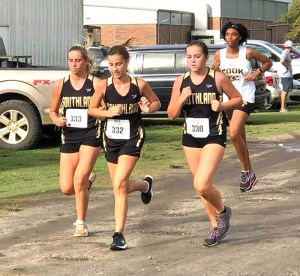 Individually, several Raiders turned in strong performances. Noah Sheff was the first Raider to cross the finish line, finishing the race in 12th place in a time of 21:39.08. Sheff’s teammate, Tanner Humphrey, finished right behind him in a time of 22:08.66. 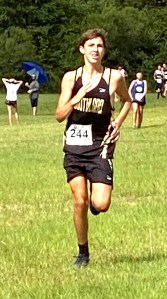 The next Lady Raider to cross was Alyssa Godwin, who came close to a top-10 finish. Godwin finished in 12th place in a time of 17:36.20, which was good enough for a PR.

Reese Graft was the next Lady Raider to cross the finish line, as she finished 20th out of 64 competitors in a time of 18:34.21. Camille Cochran also turned in a strong performance, finishing in a time of 19:44.63.

Cook Middle School won the team championship with only 69 points, followed by meet runners-up Tiftarea Academy, who finished with 76 points. 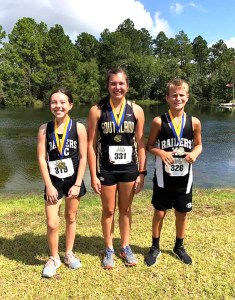 Up next for both the SA Raiders and Lady Raiders is the Deerfield-Windsor Invitational to be held on Saturday, September 19, at the Kinchafooney Primary School in Leesburg, GA. There will be teams from Furlow Charter and Schley County competing in this meet as well.

LEESBURG – While she didn’t feel she ran the type of race that she wanted to, Furlow Charter (FC) senior... read more