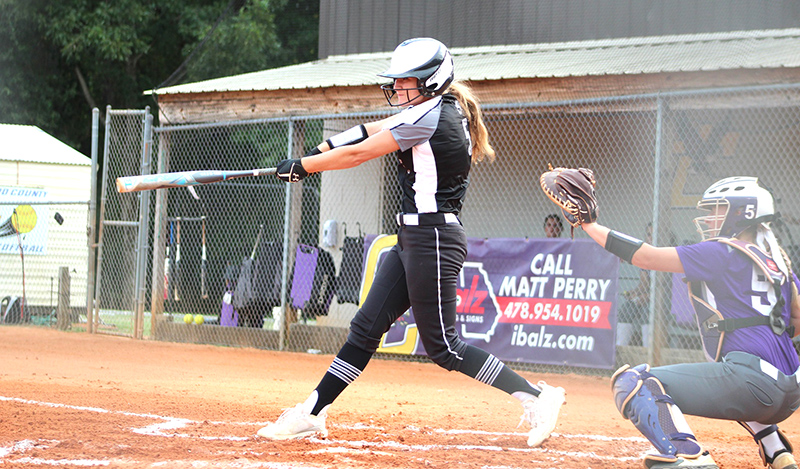 Schley County right fielder Berkley Goodin went 2 for 4 with a single and a solo home run to help lead the Lady Wildcats to a 12-4 victory over Bleckley County. Photo by Sheila DeVane

In this game, six Lady Wildcats had at least two hits and three of them drove in three RBIs, including Berkley Goodin and Perri DeVane, who each belted home runs in the fifth and seventh innings respectively. 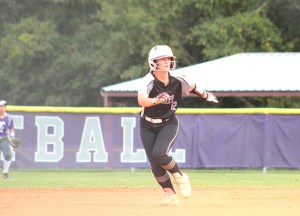 Both Jade Sellars and Rene Rix also had productive at bats. Sellars went 2 for 4 with a run scored and Rix went 2 for 3 with two RBIs and two runs scored.

In addition to the Lady Wildcats with multi-hit at bats, catcher Landry Whaley was also productive offensively, as she went 1 for 5 with an RBI.

The Lady Wildcats scored two runs in the top of the first on RBI singles by Whaley and Rix and they took advantage of two walks and an error committed by the Lady Royals. BCH responded in their half of the inning with a run when Rebecca Bowling drove in Jordyn Kreig on an RBI single to right field.

However, SCHS increased its lead in the top of the third. The Lady Wildcats were able to score three runs on four hits, including a two-run single by Walker.

However, the Lady Royals didn’t go quietly. They scored one run in the third and two in the fourth to close the gap to one run at 5-4.

That, however, would be as close as BCH would get for the rest of the contest. With one out in the top of the fifth, Goodin belted a solo home run over the right field wall to increase the Lady Wildcats’ lead to 6-4. Then after Rix was able to draw a walk, Walker drove her in on an RBI double to left field, giving SCHS a 7-4 lead.

In the top of the sixth, the Lady Wildcats added to their lead. With two outs and runners at second and third, Goodin drove in two more runs on a double to left field to give SCHS a 9-4 advantage. 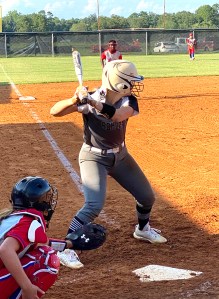 The Lady Wildcats were still not done, as they were able to score three more runs in the top of the seventh. With runners on first and second with one out, DeVane blew the game open with a three-run home run over the center field wall to complete the Lady Wildcats’ offensive explosion and to seal their victory over the Lady Royals.

SCHS Head Coach Jody Sellars was able to use four pitchers in this game. Ashlyn Childs started the game in the circle for the Lady Wildcats. She pitched two innings and gave up two runs on six hits with no walks or strikeouts.

Lizzie Barineau came on in relief of Childs. In two innings of work, Barineau gave up two runs on two hits with one walk and no strikeouts. Makena Wurtz was the final SCHS pitcher used in this game. She pitched the final three innings and gave up no runs on two hits.

With the win, the Lady Wildcats improve to 6-7 on the season, while BCH falls to 6-6.

Lady Raiders get shut out by Stratford Academy