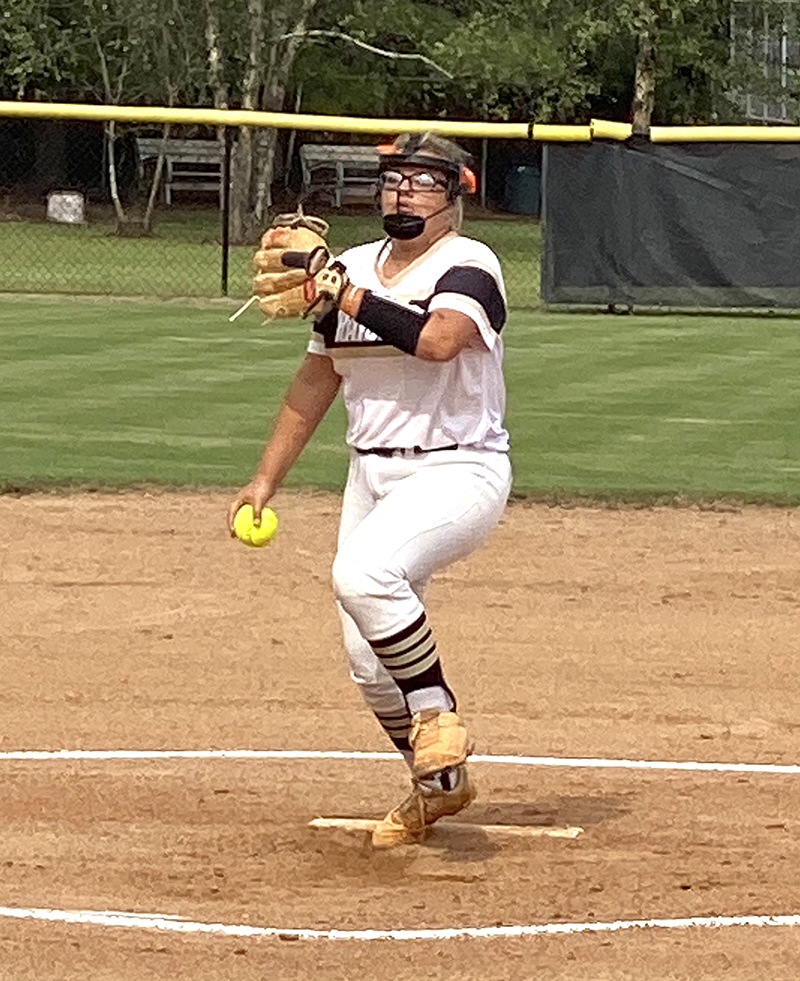 VALDOSTA – The Southland Academy Lady Raider softball team (SA) won their second straight game on Tuesday, September 22, when they traveled down to Valdosta and defeated the Lady Valiants of Valwood (VS) by the score of 5-1.

The key turning point of the game came in the top of the third inning.

With the Lady Raiders leading 1-0, SA scored three runs in the third on RBI doubles from Holly McCain and Katie Rogers and an RBI single by Reese Roland.

VS scored its first run of the game in the bottom of the third inning when Mary Clare Martin reached on an error, which allowed Ranada Vinson to come all the way around from first to score. However, that would be the only run of the game allowed by the Lady Raiders.

In the top of the fifth inning, SA added its final insurance run. McCain led off the inning with a single and Rogers reached on an error. That put runners at the corners for the Lady Raiders with nobody out.

Roland followed that up with a sacrifice fly to center field, scoring McCain from third and giving SA a 5-1 lead. Those five runs would be all the Lady Raiders would need.

Southland Academy catcher Katie Rogers belted an RBI double in the top of the third inning to help lead the Lady Raiders to a 5-1 victory over Valwood.
ATR Archive

The Lady Valiants created a scoring opportunity in the bottom of the sixth inning. With two outs, Lexi Williams belted a triple to left field. However, SA starting pitcher Sara Beth Storey was able to strike out Hannah Smith to end the threat.

Neither team could score any more runs in the seventh inning and in the bottom of the seventh, Storey was able to retire in order all three VS batters to secure the win for the Lady Raiders.

Storey pitched the entire game for the Lady Raiders. She gave up one run on five hits, walked one batter and struck out five.

Up next for SA is a home contest against Terrell Academy on Thursday, September 24. The last time these two teams met in Dawson back on Tuesday, September 1, the Lady Raiders scored a decisive 10-2 victory. First pitch for Thursday’s game is scheduled for 4 p.m.