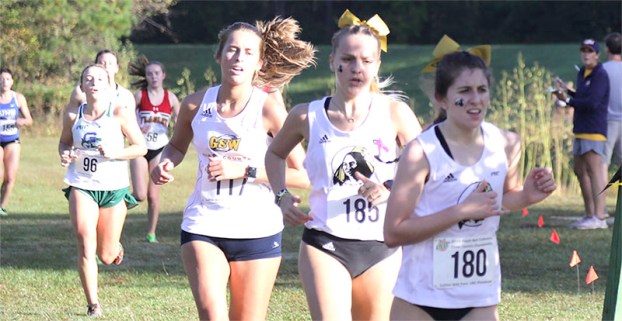 The GSW women’s cross country team was picked to finish sixth out of 11 teams in the Peach Belt Conference (PBC) Preseason Poll. Photo by Chris Fenn

The Lady Hurricanes return four of their top five runners from a year ago, including sophomore Catherine Hall, who led GSW in four of six races last year and set the sixth fastest 6K time in program history on November 9, 2019 at the NCAA Division II Southwest Regional. Senior Quincy Mayer led the Lady Hurricanes with a third place finish at the Willie Laster Meet on September 28, 2019 where she posted the ninth-fastest 5K time in school history. Sophomore Sarah Early was the Lady Hurricanes’ No. 2 runner and senior Madeline Toth was No. 5 across the line for GSW at the 2019 Peach Belt Conference Championships. Junior Grace Regan returns to the field following an injury in 2019.

GSW head coach Paula McDonald added four freshmen to the 2020 roster: Savannah Miller from Tifton, GA, Anna Parker from Maysville, GA, Megan Strickland from Roswell, GA and Brianna Zupko from Sylvester, GA will all have an opportunity to contribute in their first collegiate season.

GSW opens its 2020 schedule on Oct. 10 at the Gary Wilson Invitational hosted by the University of West Georgia in Carrollton, Ga.

The full coaches poll is below. Coaches were not permitted to rank their own teams.