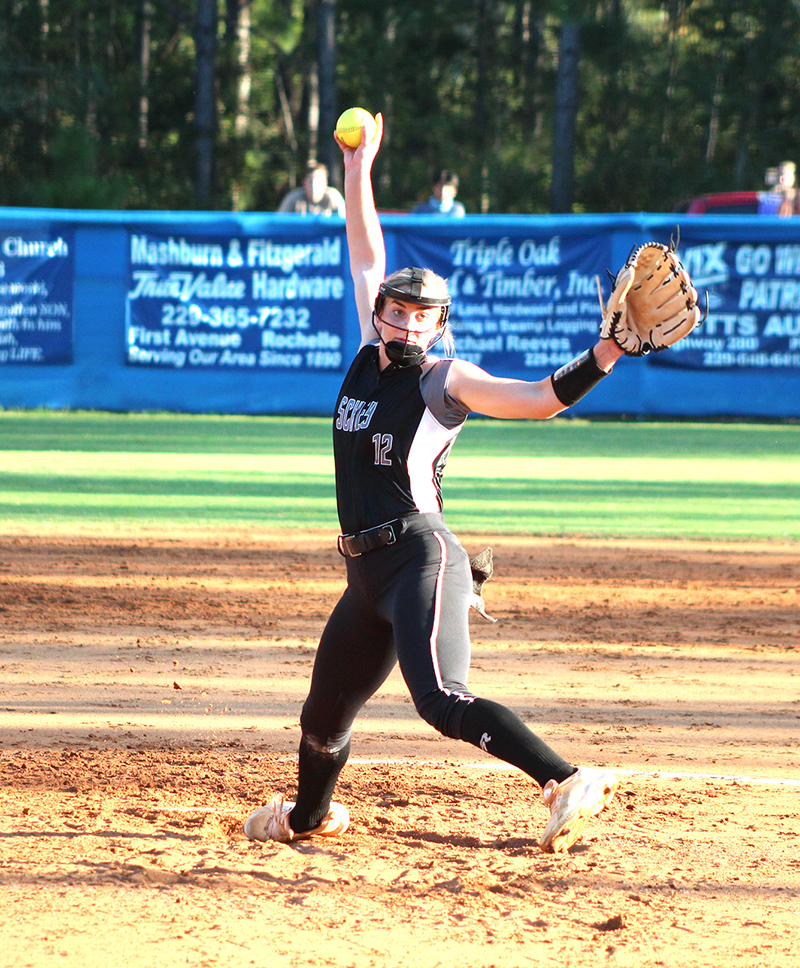 ROCHELLE, GA – Coming into its game at Wilcox County (WC) on Wednesday, October 7, the Schley County Lady Wildcats softball team (SCHS) was on a roll, having won five straight games. However, that winning streak came to an abrupt end, as the Lady Patriots defeated SCHS in dominating fashion by the score of 11-1 at Wilcox County High School in Rochelle, GA.

WC out hit the Lady Wildcats 11-6 and also took advantage of three errors committed by SCHS.

Down 5-0 in the top of the fourth inning, the Lady Wildcats had the bases loaded with two outs and an opportunity to cut into the WC lead. However, SCHS was only able to score one run on a wild pitch and Hannah Crawford grounded out to end the threat.

The Lady Patriots jumped out to a 3-0 lead in the bottom of the first inning. With one out, a pitch from SCHS starting pitcher Lizzie Barineau hit Destiny Tisdol. Carlee Walls then reached on a fielder’s choice and Barineau walked Bailee Barnard to load the bases with nobody out. Mayghan Hanner then drove in the first run of the game on a fielder’s choice and Sara Ann Nutt reached on an error, which allowed another run to score. Kaleigh Walls completed the WC scoring in the inning by knocking in a run on an RBI single.

Over the next two innings, the Lady Wildcats struggled offensively, as they went scoreless and were only able to muster two hits. On the other hand, the Lady Patriots scored two more runs in the bottom of the third to extend their lead to 5-0. 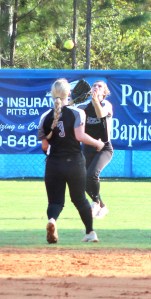 Perri DeVane, Zoe Molina, Landry Whaley, Berkley Goodin, Maddie Walker and Darden Campbell each had one hit in this game for SCHS. 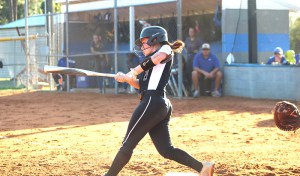 Barineau started in the circle for the Lady Wildcats. She pitched three innings and gave up 10 runs on eight hits and walked three batters. DeVane came on in relief of Barineau and gave up one run on three hits, walked one batter and struck out another.

Kaleigh Walls led the Lady Patriots offensively by going 3 for 3 at the plate with three singles and two RBIs.

SCHS will try to bounce back from the setback at WC when they travel to Columbus on Thursday, October 8, to take on Brookstone. First pitch is scheduled for 5 p.m.