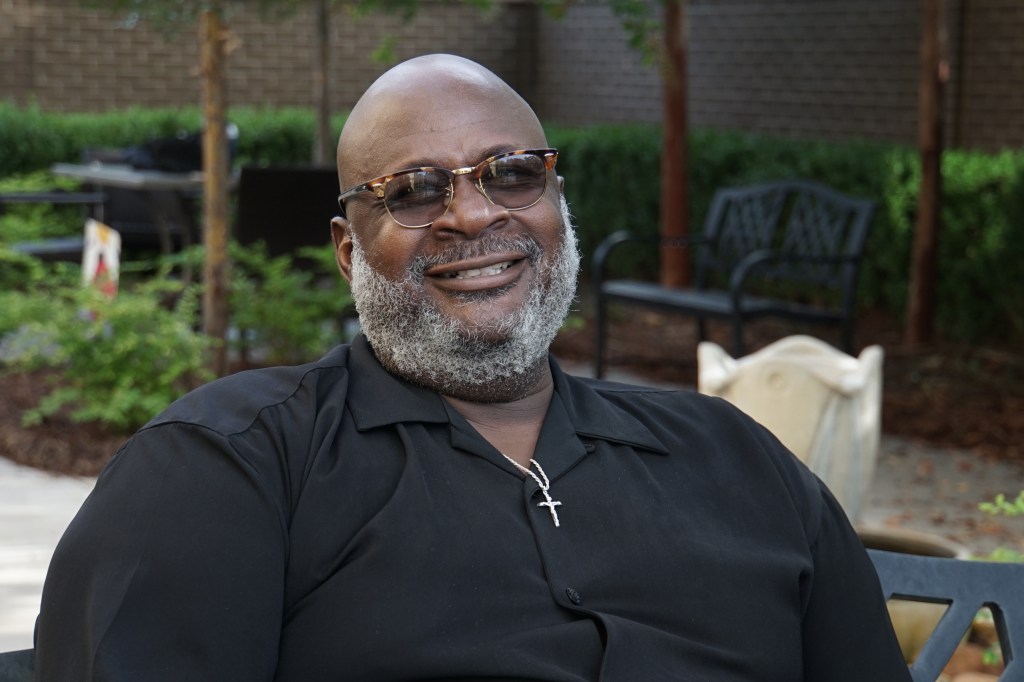 Robert Thomas will be lighting the Lights of Love tree at Phoebe Sumter Medical Center at their tree lighting ceremony scheduled for December 8.

Americus, Ga. – The Phoebe Sumter Foundation is excited to announce Robert Thomas, a cancer survivor from Sumter County, has been named the honorary tree lighter for the 2020 Lights of Love ceremony. Often considered as the official kick-off of the holiday season, the ceremony will held on Tuesday, December 8 at 6 p.m. at the hospital’s main entrance.

When Robert was diagnosed with multiple myeloma – or “bone cancer” as he calls it – he didn’t think about how this would affect him but how others would be affected. From helping his mom care for his seven siblings to teaching youth cooking classes, Robert has always been a servant leader.

“I like volunteering,” Robert said. “When I was younger, when I used to work at Davidson, I used to raise money and all to take kids fishing—kids of single parents, people that their father wasn’t able to do it, or stuff like that.”

Following his diagnosis, treatment and a bone marrow transplant, Robert made the decision to start limiting his volunteer work. But eventually Robert found another way to help others by speaking to patients with his same illness. “I would talk to them, explain what I was going through, ask them what they were going through, and talk to them and give them some guidance or help them out,” added Robert.

Cancer free for almost a decade, Robert said he still relishes his regular visits with the team at Phoebe Sumter Oncology and Hematology Clinic in Americus, as they continue to be a source of joy and inspiration.

The other honorary tree lighters are Monique Wilson, of Albany, at Phoebe Putney Memorial Hospital, and Shala Juster, of Worth County, at Phoebe Worth. Their stories of hope, along with Robert’s, can be found by visiting www.lights-of-love.org.

The Lights of Love trees are special for their symbolic white lights in memory and honor of individuals. For each light purchased for a suggested $25, a card is sent to those honored or to family members. To donate, call (229) 931-1300 or visit Phoebehealth.com/sumterfoundation.

The Lights of Love ceremony will be held on December 8 at 6 p.m. on the lawn in front of the hospital’s main entrance.