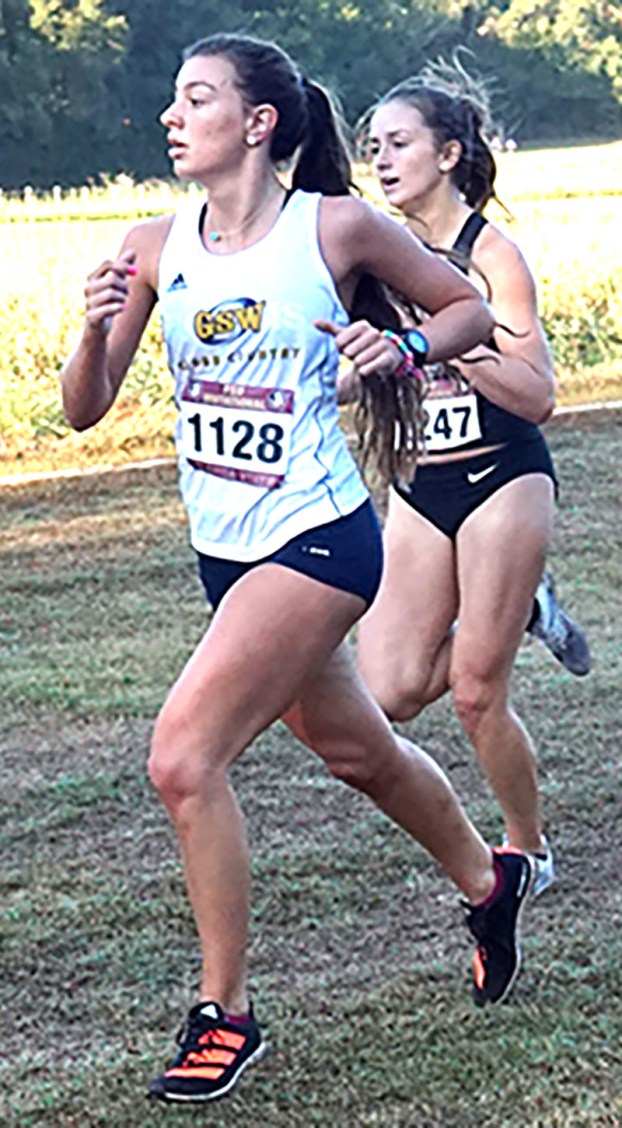 OAKWOOD, GA – Georgia Southwestern State University (GSW) Sophomore Catherine Hall made the most of her season debut on Saturday, November 14 as she posted a program Top 10 time to lead the Georgia Southwestern State University women’s cross country team to a seventh place finish out of 11 schools in the final race of the fall at the Peach Belt Conference (PBC) Championship held at the University of North Georgia’s Gainesville campus.

Hall, who had been sidelined with an injury in both of GSW’s prior races this fall, paced the Lady Hurricanes by completing the 5K course in 20:24, topping her fastest 5K time by four seconds, to take 31st place out of 68 competitors. Hall’s time ranks as the 10th fastest in a 5K in GSW history.

Sophomore Sarah Earley crossed the finish line second for GSW on Saturday with a time of 20:34, good for 33rd place. Earley shaved 18 seconds off her personal best time, which she set just two weeks ago on the same course. Senior Quincy Mayer took 39th place in 21:18. Freshmen Brianna Zupko (21:28) and Anna Parker (22:23) followed for the Lady Hurricanes in 41st and 50th respectively. Parker was eight seconds faster on Saturday than her first go-around on the UNG course. Senior Maddie Toth (22:47) and freshman Savannah Miller (23:56) rounded things out for GSW.

Flagler College had two runners finish in the Top 5 and earned a cumulative score of 49 points, but it was a tiebreaker that decided the team title. Flagler edged out hosts North Georgia. Flagler’s top two runners were faster than the top two from North Georgia, however, the clinching spot was the fourth runner across for both teams. Flagler’s fourth topped North Georgia by less than one second. UNC Pembroke (87) took home third place ahead of Augusta University (89) and Columbus State (116).

The Lady Hurricanes finished with 194 points, 31 behind sixth place Clayton State University. The seventh place finish for GSW matches the program’s best finish at the PBC Championship, a mark set for the first time last season.

Mackenzie Taylor from Augusta crossed the finish line first overall and set a PBC Championship record with a time of 17:07.