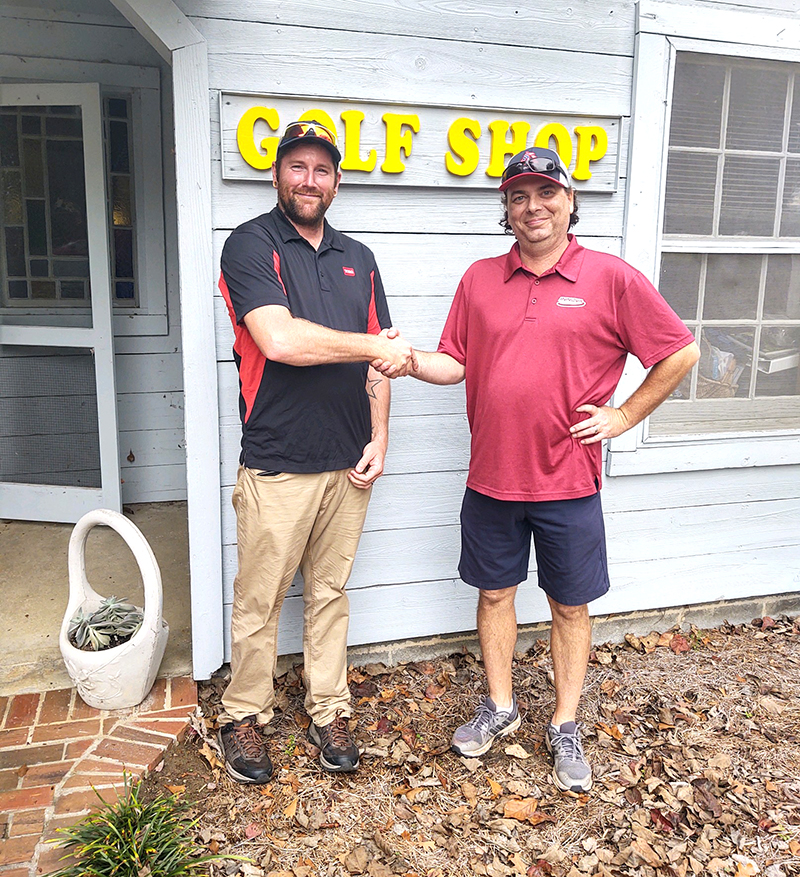 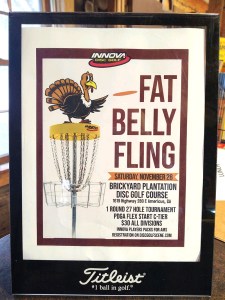 64 people from all over Georgia and other parts of the Southeast showed up at Brickyard Plantation on Saturday, November 28, to participate in the inaugural Flat Belly Fling Disc Golf Tournament.
Photo by Debra Sykes

The sport has also taken off here in the local area as well, so much so that Brickyard Plantation, located about six miles east of Americus on US Highway 280, has a Disc Golf course on its property and recently hosted the Flat Belly Fling Disc Golf Event this past Saturday, November 28. This event drew players from all over Georgia and other parts of the Southeast. There is even an association that has been formed to promote the sport: The Professional Disc Golf Association (PDGA).

“It was a sanctioned tournament through the PDGA,” said Debra Sykes, General Manager of the Brickyard Golf Club and Americus KOA. “We had 64 players. They were from all over. We had a good number from the local area, but we also had people from Dothan, Alabama, Aiken, South Carolina, Atlanta, Valdosta, all over. It was a good regional thing.” 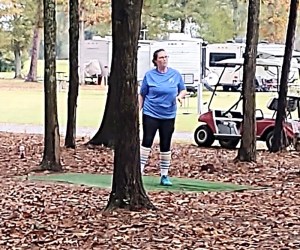 This is a picture of a woman playing in the Flat Belly Fling Disc Golf Tournament at Brickyard Plantation. Nine women participated in this tournament.
Photo by Debra Sykes